Bladder cancer—when to use chemotherapy 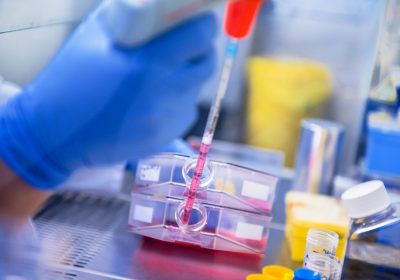 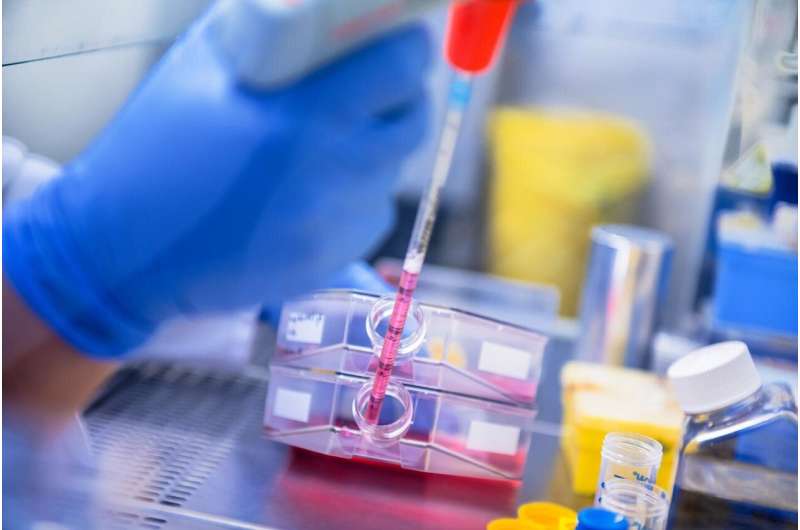 In patients with bladder cancer, chemotherapy effectiveness is partially determined by the body’s immune system response to the malignancy. This is the conclusion of research conducted by a team of scientists from Charité – Universitätsmedizin Berlin and the Berlin Institute of Health. The findings, which have been published in Science Translational Medicine, can be used to predict treatment success and may increase survival in patients with bladder cancer.

Bladder cancer is one of the ten most common types of cancer in Germany, and one of the five most common cancers in men. Nationwide, the disease affects approximately 30,000 people a year. The risk of the cancer spreading (metastasizing) is particularly high once it invades the muscle layer inside the bladder wall. In patients with non-metastatic muscle-invasive bladder cancer, treatment usually consists of the surgical removal of the bladder. According to current professional guidelines, patients must undergo chemotherapy prior to surgery; they receive drugs which will target the cancer’s fast-growing cells. The aim of this ‘neoadjuvant’ chemotherapy is to shrink the tumor prior to surgery in order to reduce the risk of recurrence and/or metastases. However, in more than fifty percent of patients, chemotherapy will not shrink the tumor. Not only do these people not benefit from neoadjuvant chemotherapy, they are losing valuable time—time during which the cancer can continue to grow and metastasize.

An international team of researchers led by Dr. Michael Schmück-Henneresse, a scientist at the Berlin Institute of Health Center for Regenerative Therapies (BCRT) as well as Charité’s Institute of Medical Immunology and the Berlin Center for Advanced Therapies (BeCAT), has discovered a way to differentiate between patients who will benefit from chemotherapy and those who will not. The status of the patients’ immune systems before the start of treatment was found to hold the key. Subsequent chemotherapy only proved effective if the cancerous tissue contained large quantities of two specific immune system components known as CXCL11 and CXCR3alt. “The process of measuring these two components in the laboratory is relatively straightforward and only requires the biopsy sample which is collected in order to diagnose the cancer,” says Dr. Schmück-Henneresse. “This technologically simple method will make it possible to predict the likelihood of chemotherapy success in a specific patient at the point of diagnosis. If neoadjuvant chemotherapy is unlikely to be successful, one could dispense with this therapy altogether and directly move to the bladder cancer’s surgical removal. This type of personalized approach would not only spare patients the side effects of an ineffective treatment, it would probably increase their chances of survival. However, our results will need to be confirmed by further, independent studies before we can get to a stage where CXCL11 and CXCR3alt measurements become standard in patients with bladder cancer.”

As part of this research, the team studied tumor samples from 20 patients with muscle-invasive bladder cancer who had completed their chemotherapy treatment at Umeå University in Sweden. Dating back to before the start of treatment, the samples had been collected by Dr. Amir Sherif and his team during diagnostic cytoscopy procedures. The research group identified which immunological messengers were present in the biopsy tissue and which receptors (effectively the ‘recipients’ of these messengers) the immune cells inside the tumors were producing. For each of the components identified, they then tested whether there was a link between the quantities at which these were present and treatment success. Results confirmed this was the case for both the messenger substance CXCL11 and the receptor CXCR3alt. Chemotherapy only had an effect if the immune cell attractant CXCL11 was present at particularly high levels inside the tumor tissue and if specific immune system cells known as T cells produced the corresponding CXCR3alt receptor. The team subsequently examined their observations using existing data from ‘The Cancer Genome Atlas’. Their comparison confirmed that, out of a total of 68 patients with bladder cancer who had received chemotherapy, patients whose tumor tissue contained large quantities of CXCL11 were more likely to survive.

“The signaling molecule CXCL11 attracts specific T cells into the tumor tissue, where it prompts them to proliferate and fight the cancer,” explains the study’s first author, Tino Vollmer, a doctoral student at Charité’s Institute of Medical Immunology and scientist at the BCRT and BeCAT. “Chemotherapy appears to support the body’s own fight against the tumor, possibly because the resulting degradation of cancerous tissue makes it easier for T cells to invade it.” The immune system’s effect on treatment outcome directly contradicts established scientific consensus, which posits that the effect of chemotherapy drugs is solely due to the ability of cancer cells to divide and replicate. “Along with other studies, our research demonstrates the importance of the immune system’s active involvement in fighting the tumor,” says Vollmer.