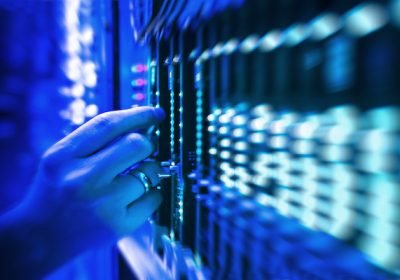 Security and the complexity of digital transformation are some of the factors giving pharmaceutical companies pause when deciding whether or not to embrace cloud technology.

In addition, the substantial investment big pharma has already made in on-premise solutions for data storage means some companies don’t yet see the financial advantage in making the move to the cloud.

Overall, the life sciences industry in general tends to lag other industries in cloud adoption, according to Larry Ponemon, chairman and founder of the Ponemon Institute.

“The concept of the cloud — that you’re going to put all this sensitive information in a place designed to be accessed by so many different actors, that creates a lot of security issues,” Ponemon said.

He explained for the most part a lot of those issues have been resolved in the marketplace, because there’s more demand for storage of secure data, and high profile security breaches have made the industry much more cognizant of the need to secure sensitive data.

“The concerns for the most part were failing to comply and having to pay fines, and reputation issues –you don’t want to be known as the company on the street that failed to protect sensitive data,” Ponemon noted.

For many companies, well-understood legacy systems are already in place, and a lack of understanding required to make a secure move to the cloud is also making companies cautious, he added.

Principles applied to major security issues concerning the cloud are the same, in large part, as any on premise system– it’s all about confidentiality, integrity and availability. The key difference lies in understanding what responsibility a cloud provider takes legally, if any, for mitigating these risks.

Less expensive in the long run

Mike Townsend, IDC research manager of life sciences commercial strategies, said some of the hesitation around cloud adoption could be due to the investment big pharmaceutical companies have already made in on-premise solutions.

If you take the example of enterprise software apps, a lot of these large companies have already built out large data centers, and they’ve made a huge investment in that hardware, he said. “In some cases for them to convert that to completely cloud based, there may not be a price advantage right now, but there are others that will force them to do so in the future.”

Townsend explained that with software as a service (SaaS) platforms, organizations tend to get updates much more frequently and they tend to be automatically downloaded.

“I think there are in some cases where there’s an existing huge investment in the data center, moving to SaaS can be in some cases more expensive,” Townsend said. “In the long run it will be cheaper, however. The momentum is for cloud-based data storage.”

Nathan Eddy is a healthcare and technology freelancer based in Berlin.