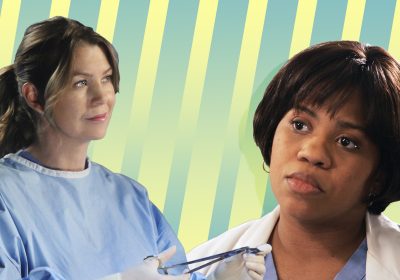 With 14 seasons under its belt and a 15th nearing completion, ABC’s Grey’s Anatomy has given its viewers a lot to chew on over the years. From the highly melodramatic to the deeply personal, every week, this show manages to serve up the juicy, near-soapy drama that has endeared it to its viewership. But another reason it has become such a beloved show is because of the ways it tackles difficult and very human concerns, all filtered through the perspectives of the medical team at Grey Sloan Memorial Hospital.

And while it’s expected that Grey’s has taught viewers some key life lessons, as illustrated by the various interpersonal dramas of the doctors, from infidelity to career jealousy to the joys of falling in love, what fans might forget is that Grey’s has also managed to illustrate some surprising women’s health lessons over the years. They might not seem obvious, but trust us: they’re there. Keep reading to see just how Grey’s has tackled women’s health in surprising ways.

1. Callie & Arizona’s journey to motherhood is a lesson in destigmatizing queer maternity

The lessons on understanding and empathizing with queer parenthood stand out in the mostly heteronormative world of Grey’s — lessons seen through Callie and Arizona’s journey to conceive, with each partner getting pregnant during their marriage. While the various aspects of LGBTQ parenthood and the concerns queer parents face were simplified on Grey’s (e.g., the difficulties LGBTQ parents face when adopting isn’t touched on), having Grey’s teach viewers about maternity while filtered through a queer lens was a big moment on the show.

2. It matters that the Grey’s women found a work-life balance

While not blatantly medical in nature, the surprising lesson about valuing mental health as well as physical health in relation to the work-life balance has been a surprisingly key lesson on Grey’s. While the first few seasons focus on Meredith and the other interns putting in serious, around-the-clock hours at work while stealing precious moments to eat, sleep and be human, the show has shifted to show that even though many of the central female characters, Meredith included, work hard at their jobs, they also find time to devote to their personal lives and wellness.

They balance motherhood and family duties with maintaining relationships, cultivating friends and being active members of their communities. While the show never tries to uphold the false image that women can have it all, it does show that finding that balance is possible and necessary for women to stay healthy in every sense of the word.

It’s hard to get the stats on how frequently Grey’s Anatomy has done this in the decade-plus it’s been on the air, but very often, viewers see female patients who have either ignored symptoms or have waited to get critical testing for a variety of reasons. It’s never meant to place blame on women, but women being made to feel like they should not ignore their health concerns or fight through pain is one surprising and valuable takeaway from this show.

On the flip side of the previous point, Grey’s Anatomy also tackled the ways in which medicine devalues women when they push for treatment and tests they know need to happen. As illustrated through Miranda Bailey’s heart attack in season 14, viewers were able to see how women — and especially women of color — are disproportionately brushed aside or not believed by health care professionals when they raise concerns about their health and demand it be investigated. On the show, Miranda had to fight with a male doctor to get tested for symptoms relating to a heart attack even though she outwardly presented no signs of having one.

5. Teddy’s pregnancy will likely bring about some interesting conversations

Looking at season 15 and beyond, there’s a good chance Teddy Altman’s pregnancy will become a talking point in more than one way. Considering Teddy is an older woman, conversations about older women who are pregnant and the potential health risks or things to watch for may come up. Interestingly, Teddy is emblematic of an increased visibly of older women (a term used gently, since “older” in this case refers to women typically 35 and older) who get pregnant.

In real life, one of the most notable “older” women who is pregnant is 37-year-old Meghan, Duchess of Sussex. Despite possible complications like premature birth or birth defects resulting from women 35 and over getting pregnant, as noted by the March of Dimes, women like Teddy and Meghan represent a growing trend of women who are waiting until they’re older to get pregnant.