Bebe Rexha Reveals She Has Bipolar Disorder In Powerful Tweet 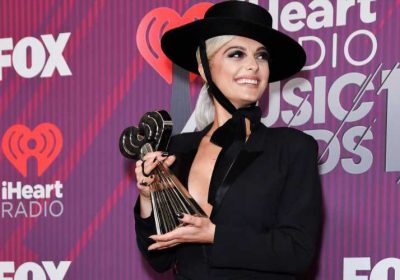 Bebe Rexha just used her massive platform to both open up and spread mental health awareness to millions of fans.

On Monday, the 29-year-old singer shared on both Twitter and Instagram that she lives with bipolar disorder. In a series of tweets, she revealed her diagnosis along with various symptoms of the illness that she has been dealing with “for the longest time.”

Rexha went on to write that she was no longer ashamed of the diagnosis, adding that her next album will be her favorite ever. “I’m not holding anything back,” she wrote. Her social media accounts were flooded with words of support, encouragement and appreciation for her willingness to be open and honest.

Rexha is part of the growing roster of celebrities who are not only spreading awareness around mental health, but to helping to de-stigmatize it. A public figure’s honesty about their experience can help fans feel less alone if they’re living with a mental illness, according to Gregory Dalack, chair of the department of psychiatry at the University of Michigan.

The singer has already proven herself an advocate when it comes to body image ― being outspoken about designers whom she says refused to dress her. It’s nice to see she’s making the same positive impact for mental health, too.

If you or someone you know needs help, call 1-800-273-8255 for the National Suicide Prevention Lifeline. You can also text HOME to 741-741 for free, 24-hour support from the Crisis Text Line. Outside of the U.S., please visit the International Association for Suicide Prevention for a database of resources.