Home » Health News » Bebe Rexha Denies Getting Her Butt or Nose Done: ‘I’m Scared to Go Under the Knife’

Bebe Rexha Denies Getting Her Butt or Nose Done: ‘I’m Scared to Go Under the Knife’ 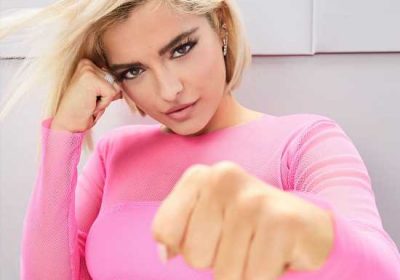 The 29-year-old singer constantly hears rumors that she’s gotten butt implants or a nose job, but she says they’re not true — honestly, she’s too afraid to do it.

“I think [the rumors are] funny,” Rexha told Health for their June cover. “My friend’s a stylist, and he works with other people in the industry, and they’ve talked about my butt, not knowing he’s my best friend. They’re like, ‘It’s so fake.’ And he’s like, ‘I’ve known this girl forever; that ass is not fake.’ I’ve never had my butt done. I’ve never had my nose done.”

And although Rexha said she’s not ready for plastic surgery at this point, she’s not ruling it out in the future.

“Actually, I have a deviated septum, and I keep getting sinus infections, and I’m scared to get that [fixed],” she said. “I’m scared to go under the knife — I don’t want it to mess up my nose! If I got work done, I would definitely say it. I definitely want to get my boobs lifted one day. If it makes me feel better and sexy? I’m like, do whatever you want.”

Outside judgement over her body is nothing new for Rexha — as soon as she entered the music industry, her managers pushed her to lose weight.

“Ever since I was little, I’ve been thicker,” she said. “When I first got signed to one of my deals, my managers were like, ‘Are you ready to get into boot-camp shape?’ I was like, ‘Sure! What does that mean?’ They told me to lose 20 pounds, and it kind of messed me up.”

Rexha did lose weight at one point, but it didn’t make her happy.

“I’ve done it before, where I was 120-something pounds — and I was just miserable,” she said. “I was always cold, never eating; I had no a–. Now I look at those pictures like, ‘Oh my God, I was so skinny.’ But I wouldn’t go back there.”

Now, Rexha works on her body image with her therapist.

“I just started trying to be nice to myself and doing things every day,” she said. “I walk around the house in just underwear and a bra. My therapist told me, ‘You should walk around naked; it helps.’ I’m like, ‘I can’t do that yet!’ ”

Rexha also tries to treat her body with kindness, especially when it comes to her diet.

“I don’t deprive myself. I just don’t think that’s fun,” she said. “I can be very clean. When I try to be healthier, it’s no bread; no cheese or dairy, except in coffee; no sauces … People are like, ‘Pizza’s bad.’ Pizza’s not bad if you have one slice with a healthy salad on the side! Or people will tell you, ‘You can’t eat bananas or grapes or watermelon — it’s way too much sugar!’ Stop right now. Seriously, just stop.”

And Rexha sees exercise as a way to improve her mental health more than anything. She works out with celeb trainer Jeanette Jenkins, and they try to do something different each day.

“One day we’ll do yoga; one day we’ll do Pilates,” she said. “We can run one day or box, which is my favorite. When I go to different places, I’ll try to run or go to the gym — or I’ll take cycling classes or boxing classes wherever I am. And I deal with my anxiety by working out. I can get out my aggression or anything I’m feeling I just want to get rid of.”