Home » Health News » Ask the GP: Is my cold to blame for my lack of smell?

Ask the GP: Is my cold to blame for my lack of smell? 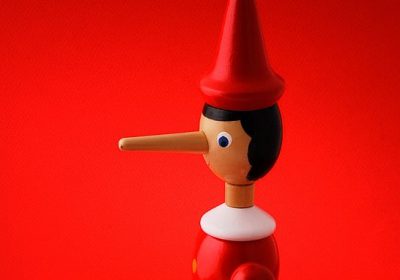 Ask the GP: After my nose operation to restore my sense of taste and smell is my cold to blame for my lack of scent again?

A few years ago I had an operation on my nose to restore my sense of taste and smell. It’s been OK until a recent heavy cold, and now my sense of smell has gone again. What do you suggest?

The good news is it’s probably your recent cold that’s to blame, rather than your surgery having ‘failed’ in any way.

I suspect the infection has left some swelling of the nasal lining — known as post- inflammatory oedema — and this is obstructing the flow of air to the top of the nasal cavity.

This is where our smell receptors are located. There are several million of these specialised nerve cells that connect, through the skull at the level of the bridge of your nose, directly into the brain. These cells form a bundle referred to as the olfactory nerve — this connects to the olfactory bulb in the brain, where scent and flavour are processed. 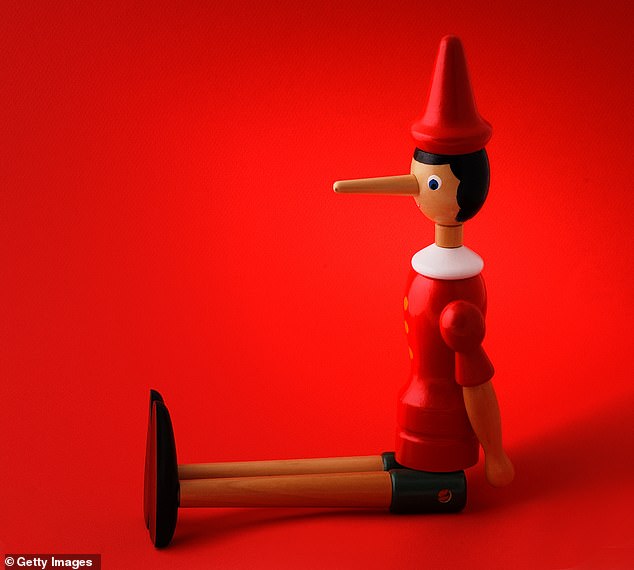 The sense of taste is closely linked to the ability to smell because the taste buds — located on the tongue, the soft palate at the roof of the mouth and the back of the throat — recognise only five taste qualities: sweet, sour, salty, bitter, and umami (savoury). Everything else about the experience of taste depends upon the contribution from the sense of smell, all adding up to the appreciation of flavour.

You don’t specify what procedure restored your sense of smell previously, or why it had first been lost, but in my experience, the surgery often restores smell by removing nasal polyps — benign growths — or correcting a deviated septum (when the cartilage separating the nostrils is blocking the flow of air).

In the case of your current problem, smell can usually be restored successfully with the use of corticosteroid nasal drops to reduce the swelling — you will have to persist with these for some weeks.

The recommended drug is prescription-only betamethasone. Some doctors prefer to prescribe it in a nasal spray but I’ve found this is less effective than the drops.

After you’ve applied drops — twice daily is advised — you need to allow the medication to penetrate (you can search online for videos that illustrate the best way to do this effectively).

Keep the drops in the fridge as when they’re chilled, it’s easier to feel they’ve dripped in.

I suggest you consult your GP who can inspect the nasal lining using an auroscope to eliminate other possible causes, such as polyps. And then perhaps you will be prescribed the betamethasone drops.

A scan showed I have a Baker’s cyst, but I’ve been given no advice on it. I am getting a pain in my left buttock and I wonder if it is connected.

Despite its name, your cyst has nothing to do with cooking — it comes from William Baker, the Victorian surgeon who first described these swellings, which occur in the hollow of the knee.

They are also known as popliteal synovial cysts: the ‘popliteal’ referring to the hollow itself, and the ‘synovium’ is the membrane that lines the knee joint, where the cyst develops. Usually the lump itself is the only symptom — it’s typically squashy and can range in size from half a ping-pong ball to as big as a tangerine (the cyst is most evident when standing with the leg straightened, apparently ‘disappearing’ when the knee is flexed).

The cyst occurs as a result of a problem within the knee such as osteoarthritis, a cartilage tear or some other inflammatory disorder, which causes fluid to escape from the synovium. 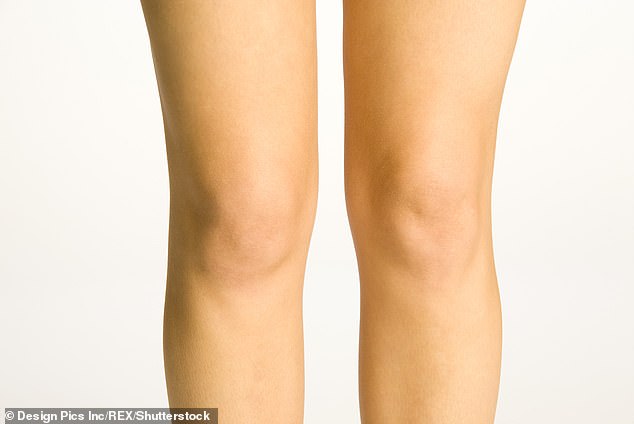 The cyst occurs as a result of a problem within the knee such as osteoarthritis, a cartilage tear or some other inflammatory disorder, which causes fluid to escape from the synovium (file image)

The cyst is a pouch of this fluid and in some cases it can rupture, resulting in acute pain with warmth and swelling in the calf as the released fluid tracks downwards. This will heal and settle without treatment in seven to ten days.

Treatment of the cyst must address the cause, usually identified by X-ray or MRI scan. For example, torn cartilage will be removed by keyhole surgery but minor wear-and-tear arthritis will be treated with physiotherapy to strengthen surrounding muscles.

It may be helpful to drain the cyst, though there is always a risk of recurrence; injecting a steroid (e.g. triamcinolone) at the same time, a powerful anti-inflammatory, may help prevent the cyst reforming.

Regarding your cyst’s cause, as no major problem has been disclosed, it is probably minor trauma — so minor you may not have noticed it at the time. In which case, the advice of a physiotherapist invariably helps a Baker’s cyst to settle.

It is difficult to know whether there is any link with the pain in your left buttock — this could be due to an unrelated problem in the lower spine or hip joint, and I’d suggest seeing your GP.

In my view . . . my new dog might boost immunity

There are occasions in life when compromise is necessary: thus, I have given in to pressure from the three women in my household and a puppy is about to arrive, following a year or two of debate.

So I was pleased to see a study last month confirming that dog ownership is associated with a lower risk of premature death, as the likelihood of cardiovascular disease is lowered.

We have known for some time of the association between dog companionship and lowered blood pressure, along with improved cholesterol levels. But my guess is that there are other factors involved. Certainly, the twice-daily walks that impose an exercise regimen on responsible dog owners are a cornerstone of improved health — but I am sure there is an emotional, mood-altering component, too.

Somewhere in the picture will be enhancement of immunity. But whether this is down to changes in our brains and hormones as pet owners, or down to the new micro-organisms a dog might introduce into our environments — or a bit of both — is yet to be discovered.

Basil, the Bedlington Whippet cross lurcher, is going to be most welcome in my household.