AS Beauty Buys Glansaol for $18M 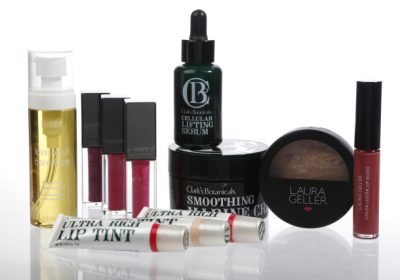 AS Beauty is slated to be the next owner of Glansaol, the bankrupt owner of Laura Geller, Julep and Clark’s Botanicals, Glansaol chief executive Nancy Bernardini confirmed to WWD.
AS Beauty, a joint venture between Alan and Joey Shamah, the founders of E.L.F. Beauty, and the Azrak family, who previously ran and sold a pajama business, plan to pay $18 million to take over the three brands, Joey Shamah told WWD.
AS Beauty had served as the stalking-horse bidder for Glansaol, originally providing a $16.2 million bid. An auction was slated for Tuesday, but Shamah said “no credible bids” came in above AS Beauty’s $18 million offer.
The sale still needs to be approved by the U.S. Bankruptcy court. A sale hearing is scheduled for Jan. 31 at 1 p.m.
Laura Geller, Julep and Clark’s Botanicals are the Shamahs’ first foray into prestige beauty. “The prestige space has always been very intriguing to me; growing up in the mass market, it was always like the cool older brother,” Shamah said. “It’s a unique opportunity to get not one, not two, but three great assets, and to play in the space from cosmetics to Korean skin care.”
Bernardini, who joined the business from a Shiseido division in 2018, will remain at the helm of the operation. Going forward, Glansaol will focus on operating efficiencies, “right-sizing” the team, and “being a resource” for retailers going forward, Shamah said, noting that the brands will work to go deeper and plan more in coordination with retail partners as it relates to product strategies.
Staff at the companies was consolidated before the bankruptcy filing, Shamah said, and going forward he expects to bolster the team. The Shamahs and Azraks will work as operational advisers to the business going forward, but day-to-day operations will continue to be run by the brands, he said.
Glansaol filed for bankruptcy protection in December. The business was formed by former Revlon ceo Alan Ennis with backing from private equity firm Warburg Pincus. Their plan was to integrate the businesses and form a next-generation beauty platform that could one day hit the public markets. But that back-end integration never happened, and projected synergies were never realized, court papers show.
Glansaol said it struggled because of a downturn in brick-and-mortar and broadcast shopping, evolving consumer demographics and “changing trends.”
The Warburg Pincus-Glansaol deal is not the only private equity beauty venture to go sour. Two of Encore Consumer Capital’s investments, Lorac and Butter London, struggled before being sold in 2018, to Markwins and Astral Brands, respectively.
Source: Read Full Article