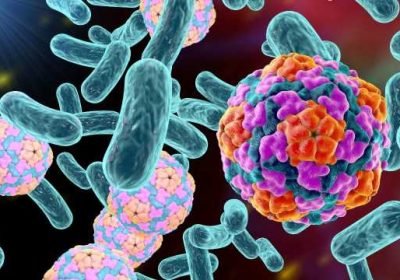 Hepatitis A: How is it spread?

Hepatitis A is a liver infection that is highly contagious. Find out how to prevent contracting it and what can be done if you’re exposed

PHOENIX – Arizona is seeing a surge in hepatitis A cases, mostly in the Tucson area but also in metro Phoenix, health officials say.

The outbreak of the viral disease that affects the liver began in November and cases have continued to rise since then despite efforts to step up vaccinations.

The Arizona Republic reports the outbreak could take months to rein in.

Many cases have been reported among homeless people, individuals with precarious housing situations and those who use illicit drugs.

The homeless are more vulnerable to hepatitis A, which easily spreads when people do not have access to good hygiene and do not wash their hands after using the restroom. The disease can also spread through contaminated food and water.

So far in 2019, Arizona has seen 212 cases, higher than any yearly statewide total in more than a decade, according to state statistics. Arizona health officials said they expect the number to rise.

Although there have been no Arizona deaths from the disease this year, public health officials say many of those infected had to be hospitalized.

Hepatitis A causes the liver to swell, resulting in jaundice, fatigue, stomach pain, nausea and diarrhea. People can be contagious for two weeks before and for one week after symptoms appear. A blood test is the most common way to confirm someone has it.

The majority of Arizona's hepatitis A cases have been concentrated in the Tucson area, said Pima County Health Department's Deputy Director Paula Mandel.

In Phoenix, health providers are working to vaccinate those at risk, said Dr. Rebecca Sunenshine, medical director for disease control at the Maricopa County Department of Public Health. She said more than 90 percent of the cases in the county have required hospitalization, she said.

In Maricopa County, hepatitis A has been detected among people who have recently been in jail, along with the homeless and those who misuse drugs, Sunenshine said.

Hepatitis A has been a recommended childhood vaccine since the mid-1990s. Maricopa County requires the vaccination for preschool children, but not for those in grades K-12.

Along with getting vaccinated, public health officials suggest strategies that include handwashing with soap and water after going to the bathroom and before eating or preparing food; avoiding sex with anyone who has hepatitis A; and not sharing towels, toothbrushes, eating utensils, food, drinks, smokes or drug paraphernalia with other people.