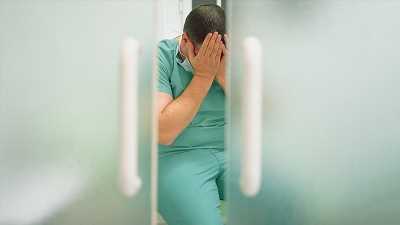 Prior to the pandemic, nearly three fourths (72%) of allergists and immunologists said they were happy with their work-life balance, but that percentage has dropped to 43% this year, according to the Medscape Allergist Lifestyle, Happiness, and Burnout Report 2022.

Other common reasons for burnout among allergists included increased use of electronic health records, insufficient pay, and lack of respect from colleagues (all 35%). Stress related to treatment of COVID-19 patients as well as social distancing and other societal issues related to the pandemic ranked lowest among respondents as contributors to work-related exhaustion.

More than half of respondents (54%) said they were more burned-out now than during the first few months of the pandemic, and 60% said this work-related exhaustion has had a negative effect on their personal relationships. This was slightly less than physicians across all specialties (68%).

Reducing work hours (29%) and participating in meditation or other stress reduction techniques (21%) were the most popular strategies to combat burnout at work. Respondents also said they had hired additional staff and had made workflow or staff changes to ease their workload (both 14%). Close to half of allergists (49%) said they would be willing take a cut in pay for a better work-life balance, which is a somewhat smaller proportion than all physicians surveyed (55%).

Exercise was the most popular activity (71%) to help promote happiness and mental health among respondents. Many allergists also reported that participating in non–work-related hobbies (66%), spending time with family and friends (60%), eating healthy (49%), and getting enough sleep (48%) helped them maintaining their well-being.