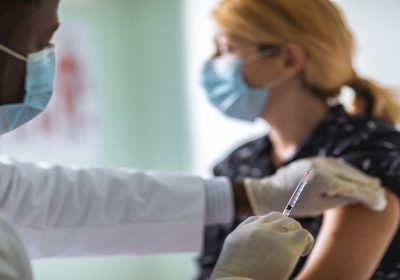 Alabama has fallen behind the rest of the country in vaccination efforts, averaging just 2,051 shots per every 100,000 residents. The state, which as of Monday opened up appointments for residents 75 and older and first responders in addition to health care workers, has administered just shy of 100,600 of the 444,640 doses distributed thus far, according to the Centers for Disease Control and Prevention (CDC) vaccine tracker.

Still, the state has seen about 2% of the population receive the vaccine, with officials scrambling to address scheduling issues. Eligible residents have been instructed to call an overwhelmed Vaccine Scheduling Hotline, which had received over 1.1. million calls on the first day that it was made available to the public.

UK DELIVERS COVID-19 VACCINES TO OVER 3.5M – HIGHER THAN THE NUMBER OF PEOPLE TESTING POSITIVE

“Please do not call the appointment line if you do not qualify to schedule a vaccine at this time,” the state’s health department stated. “Due to the overwhelming amount of calls, our target population cannot get through to schedule their appointments.”

Callers have been instructed to continue to try to get through as the state begins “rapidly adding staff to assist callers to the scheduling hotline.” The state is also reportedly trying to get a website going to take pressure off the hotline.

As officials seek to speed distribution efforts by expanding eligibility to more residents, others say hard-to-reach residents in rural areas are also contributing to the slow rollout, as are reports of vaccine hesitancy. In Tallapoosa and Marion counties, where teachers were offered an early chance at extra vaccine supply, only about 50% of school employees took up the offer, State Superintendent Eric Mackey said, according to AL.com.

“All the science says you have to have 70 to 90% for immunity protection,” he said, according to the news outlet. “If we were to end up in a situation where only 50% of people get vaccinated, the pandemic won’t end. It’ll get better, but it will be this prolonged pandemic instead of ending.”

Dr. Scott Harris, the state’s health officer, also said that they have gotten more providers on board to administer the vaccine and are continuing to set up mass vaccination sites. According to JHU, the state has tallied nearly 422,600 cases of the virus and over 6,120 deaths.