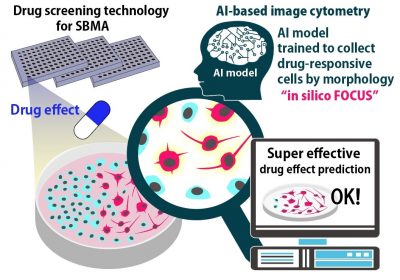 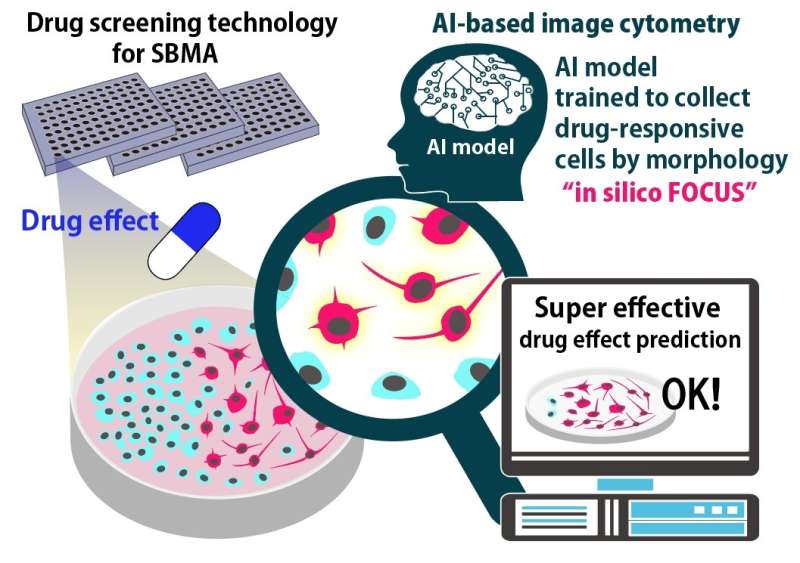 A research group from Nagoya University in Japan has developed artificial intelligence to analyze cell images that uses machine learning to predict the therapeutic effect of drugs. Called in silico FOCUS, this new technology may aid in the discovery of therapeutic agents for neurodegenerative disorders such as Kennedy disease.

Current treatments for neurodegenerative diseases often have harsh side effects, including sexual dysfunction and blocking muscle tissue formation. However, researchers searching for new, less harmful treatments have been hindered by the lack of effective screening technologies to discern whether a drug is effective. One promising concept is the “anomaly discrimination concept,” meaning neurons that respond to treatment have slight differences in shape compared to those that do not. However, these subtle differences are difficult to discern with the naked eye. Current computer technologies are also too slow to perform the analysis.

The group of Nagoya University professors, led by Associate Professor Ryuji Kato and Assistant Professor Kei Kanie of the Graduate School of Pharmaceutical Sciences, and Professor Masahisa Katsuno and Assistant Professor Madoka Iida of the Graduate School of Medicine, tested the AI on a model of cells being treated for Kennedy disease, a neurodegenerative disorder that leads to motor neuron death. in silico FOCUS constructed a robust image-based classification model that had 100% accuracy in identifying the state of recovery of the model cells. They published their results in the journal Scientific Reports.

“This technology enables a highly sensitive and stable evaluation of the effects of therapeutic agents through the analysis of changes in the shape of diseased model cells to those of healthy cells, which we could not normally distinguish,” Professor Kato explains. “This is an ultra-efficient screening technology that can predict drug efficacy by simply capturing images, thus reducing the time required for drug efficacy analysis and evaluation from several hours with several hundred thousand cells to only a few minutes. It allows for a highly accurate prediction of therapeutic effects, without complicated and invasive experiments.”