Africa ‘must step up surveillance’ to curb monkeypox 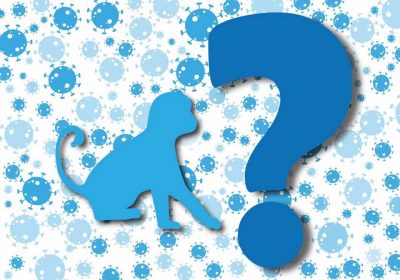 African governments must focus on investing in their surveillance systems and strengthening preparedness to curb the rapid spread of infectious diseases like monkeypox, experts have said.

Monkeypox is spreading rapidly in countries worldwide where it has not previously been seen before as well as taking hold in African countries, some of which have grappled with the disease for decades.

“For a self-limiting disease [such as monkeypox] that is spread through direct and close contact, we should focus on good surveillance with a reliable and efficient diagnostic laboratory backup, isolation of confirmed cases and application of effective infection prevention and control measures,” Oyewale

Tomori a professor of virology and member of the Global Virome Project leadership board, told SciDev.Net.

Monkeypox is a viral disease that presents flu-like symptoms before patients develop a painful rash and lesions and swollen lymph nodes.

The incubation period between exposure and when symptoms first appear ranges from five to 21 days, according to the World Health Organization (WHO).

According to the latest WHO figures, a total of 2,103 confirmed cases, one suspected case and one death, have been reported across 42 countries in five WHO regions between 1 January and 15 June. Only around three percent of these are from the Africa region but the true figure is suspected to be much higher.

“There have been 36 confirmed cases in Nigeria, 10 in the Democratic Republic of the Congo, eight in the Central African Republic, three each in Benin and Cameroon, and two in the Republic of Congo,” WHO said at a press conference, Thursday, 16 June.

Ghana now has five cases of the virus, while Morocco has one, both of which were monkeypox-free before the recent outbreak, according to the WHO.

Globally the disease has spread rapidly in countries where the virus has not been seen before since early May.

Matshidiso Moeti, WHO regional director for Africa, told a press conference on Thursday (16 June): “This is clearly an unusual situation that is affecting more and more countries. So soon after the inequities Africa experienced in respect of the COVID-19 response, we cannot afford any potential repeat and need to be adequately prepared.”

She said investment was needed to strengthen surveillance systems in many African countries to enable early and rapid detection of infectious diseases like monkeypox and trigger action to prevent the rapid spread of diseases.

Uganda’s Ministry of Health says it has increased surveillance, although the country is yet to record a case of the virus.

“The Ministry of Health is working closely with partners to monitor the evolving situation of the monkeypox outbreak in different parts of the world,” said Henry Mwebesa, the country’s director-general, health services, in a statement on Monday (6 June).

Mwebesa said that the government had strengthened the testing capabilities of the Uganda Virus Research Institute to accurately diagnose the disease.

In Nigeria, Dimie Ogoina, a Professor of Medicine at the Niger Delta University, said there had been inaccurate reporting of the cases, particularly in the West African sub-region.

For instance, while the Nigeria Center for Disease Control is reporting 21 cases in the country since January, the WHO puts the figure between January and April at 36.

Ogoina attributed it to “the challenge of surveillance” and a deeply fractured health system.

“The challenges we have in our health systems are very deep and far-reaching. I wouldn’t say we have addressed all the challenges because sometimes when you have a big problem, even if you make a lot of effort, as long as the problem is very big, the effort is not seen.”

He acknowledged some improvements and said the Nigerian government has taken steps to address some of the issues.

“A typical example, before COVID-19, we had just four labs that could make a diagnosis of COVID-19, or even three. But now, because of the investment as a result of COVID-19, almost every state can make a COVID-19 diagnosis.”

Many African countries do not currently have enough facilities to diagnose the monkeypox.

In Uganda, Mwebesa said the government has strengthened the testing capabilities of the Uganda Virus Research Institute to accurately diagnose monkeypox.

Ogoina says only the national laboratory can diagnose the monkeypox in Nigeria.

“There is a lot of investment that is needed and also public sensitization because people don’t fully appreciate infectious diseases, [and] how they are transmitted,” he said. “That is why we have a lot of myths and misconceptions when these diseases show up.”

Compared with smallpox, monkeypox has a relatively low fatality rate, with the West African strain of the virus having a fatality rate of less than four percent. But the smallpox vaccine is effective against the virus.

Although the WHO has a stockpile of smallpox vaccines to which countries have access, the first step should not be to “hit the vaccine pedal,” said Tomori.

“As far as a vaccine is concerned, one of the newer and safer smallpox vaccines have been approved for the prevention of monkeypox. Although we are certainly not recommending mass vaccination at this stage, we must ensure we are ready should the need arise,” said Moeti.

Tomori said Africa does not need to wait for WHO, EU, or U.K. before taking positive action “on an outbreak of a disease endemic in Africa.” He added: