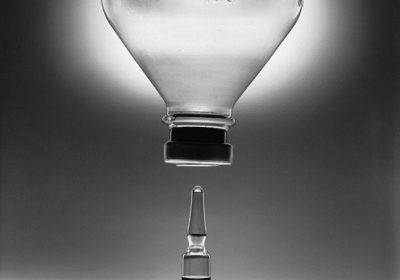 A study led by researchers from Mayo Clinic Comprehensive Cancer Center has found that the addition of brentuximab vedotin to standard chemotherapy treatment improves overall survival in patients with Hodgkin Lymphoma, when compared to the current standard of chemotherapy alone. Results of the research were presented by Stephen Ansell, M.D., Ph.D., at the 2022 American Society of Clinical Oncology Annual Meeting (ASCO) in Chicago and were published today in the New England Journal of Medicine.

Dr. Ansell says that contrary to what was previously thought, research now shows that the selection of an initial therapy that includes brentuximab vedotin, has a positive impact on overall survival in patients with advanced stage Hodgkin lymphoma, regardless of other treatments administered later in the course of care.

"Brentuximab plus AVD chemotherapy was previously reported to improve progression-free survival in patients with classical Hodgkin lymphoma, so its impact on overall survival was not completely surprising," says Dr. Ansell. However, he says patients who relapse are often successfully treated with additional treatments so previous comparative studies of other drug combinations failed to show an overall survival benefit. "The impact on overall survival with brentuximab vedotin plus AVD chemotherapy is somewhat surprising but it confirms that the use of novel agents in the frontline treatment of patients with Hodgkin lymphoma has a long-term impact," says Dr. Ansell.

Dr. Ansell and his colleagues also evaluated long-term toxicities of brentuximab vedotin. They found that neuropathy from the addition of the drug to treatment was found to resolve over time. In addition, the number of subsequent pregnancies were not negatively impacted with the addition of the new agent. "Surprisingly, second malignancies including other lymphomas were less frequently seen in the brentuximab vedotin +AVD arm of the trial," says Dr. Ansell.