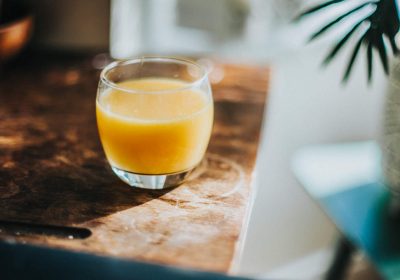 A woman in her 40s might have triggered irreversible brain damage by drinking just orange juice and water for three weeks, according to a news report from Israeli news service Mako.

The report says the woman has been in the hospital for days and is severely malnourished. It adds that her diet could be the cause of potentially irreversible brain damage.

After her juice cleanse—which was recommended to her by an “alternative therapist,” the report says—she ended up in the Sheba Medical Center in Israel. Post-cleanse, she weighed less than 90 pounds, the report says, and she suffered a complication from the diet involving how much salt was in her body.

While we can’t be sure exactly what’s plaguing the patient in Israel now, it’s possible she could be dealing with a little-known dangers of juice cleanses: hyponatremia.

“Hyponatremia is when your sodium levels drop, and it can be deadly,” Keri Gans, RDN, tells Health. Drinking only orange juice and water for an extended period of time could cause hyponatremia since orange juice isn’t rich in sodium. “If [the patient] was only drinking orange juice and water, it’s not surprising,” she explains. Gans says at least some orange juice has no sodium at all. “You need to be ingesting sodium,” she stresses, to help your body maintain fluid balance.

Symptoms of hyponatremia include confusion, drowsiness, decreased energy levels, headache, fatigue, vomiting, and nausea, Gans says. Without enough salt, water invades cells in the body, and the cells swell. If severe cases of hyponatremia are left untreated, cell swelling in the brain can lead to seizures, comas, brain damage, or even death. Rarely, hyponatremia can also occur after drinking excessive amounts of water, say if someone is attempting to rehydrate after a marathon or a bout of stomach flu.

That said, hyponatremia is not going to strike after just a few low-salt meals. “One day is not going to do it. That’s why a person can fast for a whole day and not experience this,” Gans says. Exactly how long it takes for hyponatremia to set in, however, depends on how low a person’s sodium levels are to begin with.

Gans says hyponatremia is just one of the seriously dangerous potential side effects of juice cleanses. Headaches, nutritional deficiencies, fatigue, and irritability are all on that list. It’s possible to mistake hyponatremia for these other side effects. “Maybe it’s hard to decipher between the two,” Gans says.

Juice cleanses might seem more convenient than other diet plans, but, when it comes to losing weight in a safe way, the combination of a reasonable diet and enough exercise is still the winner.

“A lot of people do [juice cleanses] to kick-start weight loss. You don’t need a juice cleanse when our bodies are naturally cleansing [themselves] every day. That whole idea of detoxing—there’s no science to support it,” Gans says. She warns that you shouldn’t get sold on the idea that drinking only juice for an extended period of time has the magical ability to reset your body somehow.

To get more nutrition stories delivered to your inbox, sign up for the Balanced Bites newsletter