Home » Health News » A respiratory model of COVID-19, made from patient-derived stem cells

A respiratory model of COVID-19, made from patient-derived stem cells 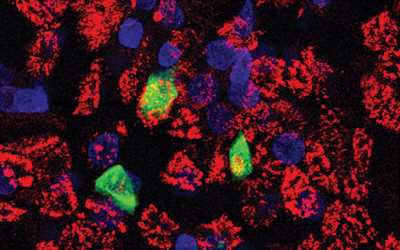 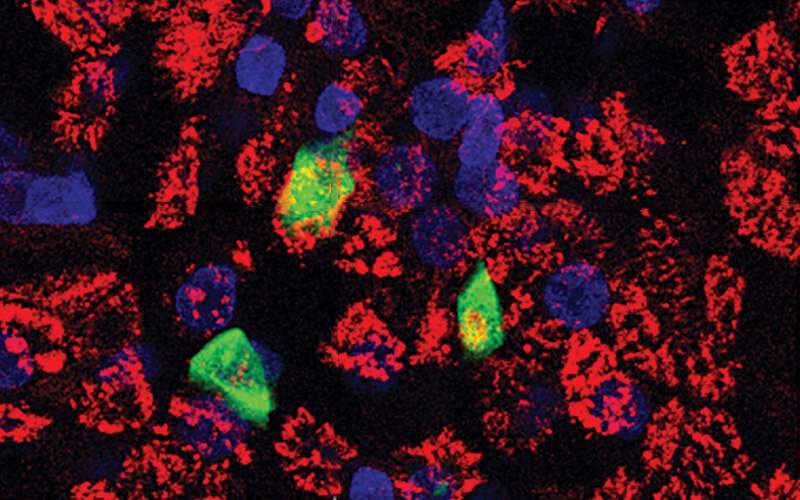 What happens in our respiratory tract once we’re exposed to COVID-19? A three-dimensional airway model, made from patient-derived stem cells, could provide answers about the initial stages of infection. The model not only replicates the infection process, but can be used to test potential antiviral drugs.

“Human primary bronchial cells are the gold standard for studying lower respiratory infections, but the value of our model is that it doesn’t require getting tissue from patients’ airways, an invasive procedure,” says Wang. “Our platform provides an inexhaustible supply of cells for modeling purposes and produces the relevant airway cell types.”

From blood cells to a model airway

To build the model, Wang and her BU colleagues Finn Hawkins, MB, BCh, and Darrell Kotton, MD, obtained blood cells from two individuals and genetically “reprogrammed” them back to a stem cell state, together with Thorsten Schlaeger, Ph.D., and George Daley, MD, Ph.D., from Boston Children’s Stem Cell Program.  They then added factors to get the stem cells to form all the major types of epithelial cells that line the trachea and bronchi, including multi-ciliated, secretory, and basal cells. The hallmark cell receptor ACE2 was present in the stem-cell-derived airways, as was TMPRSS2, a key enzyme that aids in viral entry.

“That’s important, because ciliated cells have an important function in propelling airway mucus and entrapped pathogens up away from the lungs,” says Wang. “If the ciliated cells are injured, the virus can be more easily propelled down to the lower lung.”

Because the model airway genetically matches the patient from whom it’s derived, it lends itself to testing how COVID-19 affects patients with specific underlying conditions that may affect their susceptibility.

“We can also use CRISPR gene editing to see the effects of different genetic mutations,” says Wang. She, Stuart Rollins, MD, and other members of her lab are currently using stem cells from cystic fibrosis (CF) patients to study how a CF airway responds to SARS-CoV-2 and other pathogens.

Perhaps most importantly, the model can also be used to test potential treatments. The team tested the antiviral remdesivir and found a decrease in viral replication. They found the same when they tested camostat mesylate, which inhibits TMPRSS2, confirming that the virus requires TMPRSS2 to infect airway cells.