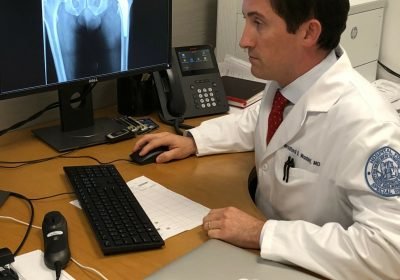 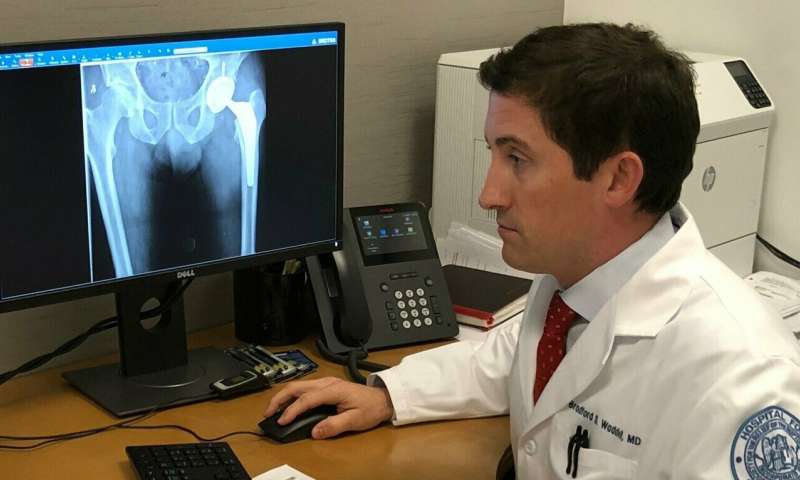 Patients who live close to the hospital at which they have undergone total hip or total knee replacement are much more likely to visit the emergency room for follow-up care of pain, inflammation and other complaints than those who live farther away, according to a new study by researchers at Hospital for Special Surgery (HSS) in New York City and The Ochsner Clinic in New Orleans. On the other hand, patients who live far from the hospital are much more likely to call their surgeon with questions—a more efficient use of health care resources.

“Intuition would say that they came to the ER because it’s available,” said Bradford Waddell, MD, a hip and knee surgeon at HSS, who led the study. “Everybody is hurting after knee and hip surgery, but if you have easy access to the ER you’re just going to pop on in.”

The impetus for the research was a relatively recent change in the demographics of surgery. A growing number of patients who require specialty procedures, such as knee and hip replacements, are referred by their local physicians to centers of excellence far from where they live. The result is that they may travel hundreds of miles for an operation but be unable conveniently to seek follow-up care at the same institution. Dr. Waddell and colleagues set out to evaluate how these patients were following up and communicating with the surgeon after their procedure.

As Dr. Waddell and his colleagues found by reviewing medical records that included addresses, these patients are far less likely to show up at the hospital where they underwent their joint procedures than those who live in the general area. Instead, they turned to the telephone, calling in with questions and, if necessary, scheduling appointments to come see their surgeons—which is ideal, he said. “They should be calling us and coming to the clinic. We should try to avoid them showing up to the ER, which can be very expensive,” Dr. Waddell said.

The findings point to a need for better communication with patients who undergo orthopedic surgeries, Dr. Waddell said. Surgeons should emphasize that pain and swelling after these operations are normal and rarely require urgent care. “They should be calling us and coming to the clinic rather than using the ER,” he said.