A milestone in muscular dystrophy therapy 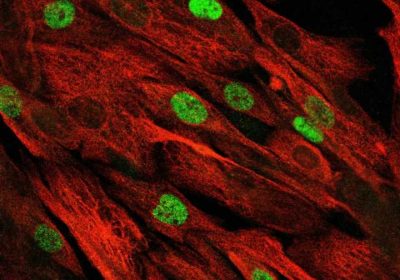 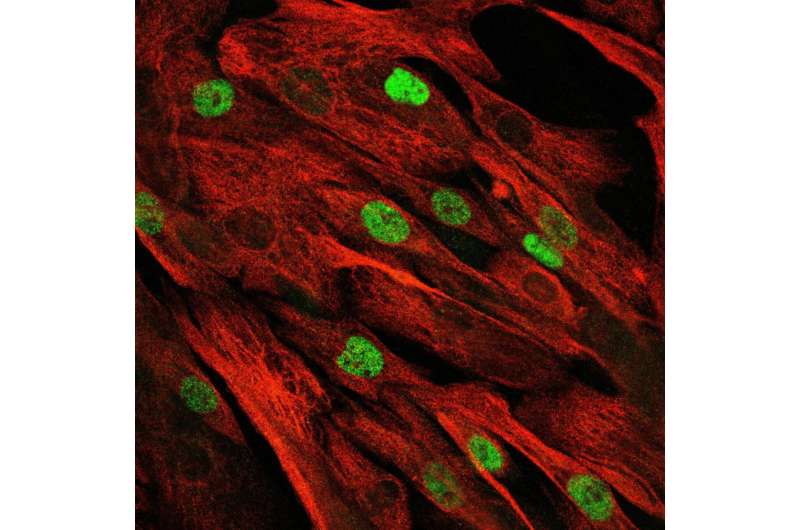 Muscle stem cells enable our muscle to build up and regenerate over a lifetime through exercise. But if certain muscle genes are mutated, the opposite occurs. In patients suffering from muscular dystrophy, the skeletal muscle already starts to weaken in childhood. Suddenly, these children are no longer able to run, play the piano or climb the stairs, and often they are dependent on a wheelchair by the age of 15. Currently, no therapy for this condition exists.

“Now, we are able to access these patients’ gene mutations using CRISPR-Cas9 technology,” explains Professor Simone Spuler, head of the Myology Lab at the Experimental and Clinical Research Center (ECRC), a joint institution of the Max Delbrück Center for Molecular Medicine in the Helmholtz Association and Charité – Universitätsmedizin Berlin. “We care for more than 2,000 patients at the Charité outpatient clinic for muscle disorders, and quickly recognized the potential of the new technology.” The researchers immediately started working with some of the affected families, and have now presented their results in the journal JCI Insight. In the families studied, the parents were healthy and had no idea they possessed a mutated gene. The children all inherited a copy of the disease mutation from both parents.

The term ‘muscular dystrophy’ is used to refer to some 50 different diseases. “They all take the same course, but differ due to the mutation of different genes,” explains Spuler. “And even within the genes, different sites can be mutated.” Following a genomic analysis of all patients, the researchers chose one family because of their particular form of the disease: Limb-girdle muscular dystrophy 2-D/R3 is relatively common, progresses rapidly, and has a suitable docking site for the ‘genetic scissors’ close to the mutation on the DNA.

For the study, the researchers took a sample of muscle tissue from a ten-year-old patient, isolated the stem cells, multiplied these in vitro, and used base editing to replace a base pair at the mutated site. They then injected the edited muscle stem cells into mouse muscles, which can tolerate foreign human cells. These multiplied in the rodent and most developed into muscle fibers. “With this, we were able to show for the first time that it is possible to replace diseased muscle cells with healthy ones,” says Spuler. Following further tests, the repaired stem cells will be reintroduced to the patient.

Base editing is a newer and highly sophisticated variant of the CRISPR-Cas9 gene-editing tool. Whereas in the “classic” method, both strands of DNA are cut by these molecular scissors, the Cas enzymes used for base editing merely snip off the residual glucose from a particular base and attach a different one, thus creating a different base at the targeted site. “This tool works more like tweezers than scissors, and is perfect for carrying out targeted point mutations in a gene,” says Dr. Helena Escobar, a molecular biologist in Spuler’s team. “It is also a much safer method, because unwanted changes are extremely rare. In the genetically repaired muscle stem cells, we have not witnessed any misediting at unintended regions of the genome.” Escobar is the study’s lead author and the one who developed the technique for the muscle cells.

Autologous cell therapy—which involves removing a patient’s own stem cells, editing them outside the body and then injecting them back into the muscle—will not enable sufferers who are already wheelchair-bound to walk again. “We cannot repair muscle that has already atrophied and been replaced by connective tissue,” Spuler stresses. And the number of cells that can be edited in vitro is also limited. However, the study provides the first proof that a form of therapy may even be possible for a group of previously incurable diseases, and it could be used to repair small muscle defects, such as those in the finger flexor.

One step closer to a cure

But this is just the first step. “The next milestone will be to find a way to inject the base editor directly into the patient. Once inside the body, it would ‘swim’ around for a short while, edit all the muscle stem cells, and then quickly break down again.” The team wants to start the first trials in a mouse model soon. If this also works, newborns could be tested for corresponding gene mutations in the future and the curative therapy could be initiated at a time when comparatively few cells would need to be edited.

So, what might an in vivo therapy for muscular dystrophy look like in concrete terms? This is something that scientists have been testing on animal models for some time using viral vectors. However, Helena Escobar explains that because these vectors remain in the body for too long, the risk of misediting and toxic effects is too high. “An alternative would be for mRNA molecules that contain the information for the editor to synthesize the tools in vivo,” says the molecular biologist. “mRNA breaks down very quickly in the body, so the therapeutic enzymes can only remain in an active state for a short time.” The therapy could probably also be repeated, if necessary. “We do not yet know whether this would need to be a therapy cycle involving several applications.”