A measles vaccination for children? 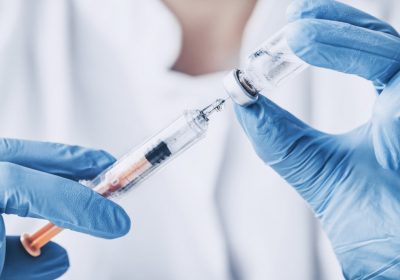 In the past few months, health experts have always stressed on the increasing number of measles cases in Germany. The disease is highly contagious and can lead to death. The Federal government is thinking about a legal measles vaccination of children.

Increase in the number of measles diseases

Although the measles since the introduction of vaccination, about 40 years ago, in retreat, has slowed the eradication of infectious disease. To blame that in this country, too few people are vaccinated. Required immunization of at least 95 percent of the population would be. In Germany this goal is not achieved yet, so that also here again a rise in the number of measles cases is reported. Therefore, it is now thinking again about a measles vaccination.

According to the report, the experts have registered in the past year worldwide, 98 countries have a stronger appearance of the virus infection than 2017.

In this country an increased occurrence of measles has been recorded for the cases, among other things, in lower Saxony Hildesheim. This was the occasion for a renewed debate on compulsory vaccination.

Infection can be fatal

Contrary to what many thought, are measles truly is not a harmless childhood disease.

The disease is highly contagious. It is transmitted by droplet infection. In the case of people Infected at the beginning to flu-like symptoms such as high fever, inflammation of the nose and throat, coughing and a runny nose. Later the characteristic skin rash.

Generally, measles weaken the immune system. As a result, it can lead to Bronchitis, otitis media or pneumonia.

In addition, an infection can result as a late consequence of a life-threatening inflammation of the brain (SSPE).

Children are particularly at risk in the first year of life, because you are still too young for a measles-Mumps-rubella(MMR) vaccination.

Vaccination is the best protection against measles. But still too few people are vaccinated.

Think about a nationwide vaccination

In various countries, such as, for example, in Italy there is a measles vaccination for children.

Now, the Federal government considers a nationwide vaccination of children against the measles virus.

According to press reports, the SPD-health expert Karl Lauterbach, the editor-in network in Germany (RND) said he was with Federal Minister of health, Jens Spahn (CDU) in an interview and is “confident that we can soon submit a proposal”.

“Vaccination for measles saves lives. Children should not have to pay for the irresponsible mistakes of their parents death and disability,“ writes Lauterbach on Twitter.

“I am confident, with the Spahn proposal. We need to eradicate measles, finally, only with vaccination,“ said the expert.

The Deputy FDP Chairman Michael Theurer spoke in the name of liberal is also a vaccination for Under-15-Year-olds.

To let “his kids vaccinated is irresponsible to the Welfare of their own child, and also to people who can’t be vaccinated, for reasons of health”, – quotes the politician in a wide variety of media.

Also the German society for child and youth medicine (DGKJ) to the vaccination against this dangerous disease.

“Measles is extremely contagious, and potentially lethal,” writes the DGKJ in a message.

“The higher the vaccination rate, the safer life is, especially for the Smallest among us,” it says.

The experts to refute the sometimes of Impfgegnern has been claimed that Vaccinations lead to autism.