Home » Health News » A life without mental images: What it's like to live with aphantasia

A life without mental images: What it's like to live with aphantasia 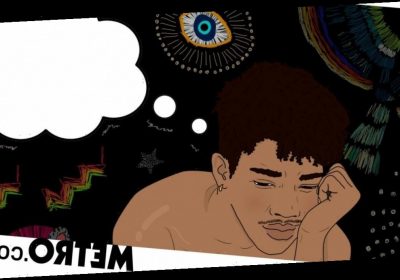 Picture an apple in your head.

Most of us would assume that everyone is able to generate these mental images from a very young age.

But, for some people, these visual thoughts don’t take place.

Aphantasia is a condition where individuals just cannot picture images in their heads – even familiar places, family members or colours.

Dr Elena Touroni, a consultant psychologist and co-founder of The Chelsea Psychology Clinic, explains: ‘While most of us may be able to think of something that happened in the past and conjure up images of those memories – someone with aphantasia cannot.’

While a specific cause for the condition has not yet been identified, Dr Elena adds: ‘As far as we know, some people are born with aphantasia, whilst others seem to acquire it following an injury to the brain or a traumatic experience of some kind.’

So what is it like to live with it?

Liam McNulty, a 26-year-old engineer, first realised he had aphantasia last year, after his girlfriend’s brother-in-law spoke about the condition at a family gathering.

He tells Metro.co.uk: ‘It was kind of like a reverse “eureka moment” because obviously my whole life I’ve not been able to imagine things – so I found it surprising that people were able to produce images in their heads.

‘If someone said to me “can you think of what the front of your house looks like,” I literally cannot do it.’

Liam explains that the only thing he can visualise is a basic outline of a shape – similar to a wireframe in engineering.

He says: ‘There will be people [with aphantasia] who will see pure black when they try to think of something – it’s close to that for me but I can, sort of, see a wireframe.

‘I can’t put in any of the details or any of the colour – it’s just a really blurry image.

‘It was mad to realise that people could imagine things – because you don’t really question how other people think.’

While Liam’s aphantasia doesn’t affect his day-to-day adult life, he believes it explains a lot from his childhood.

Liam adds: ‘I used to be quite mischievous at school and I was known for not really taking things seriously.

‘Teachers would say things like “imagine this…” and I was always just messing about – probably because I was thinking “I don’t know what this lot are doing”.

‘In hindsight, it makes complete sense as I was getting absolutely nothing out of it.’

He says: ‘The last time I read a novel was probably when I was still at school and that was because I had to.

‘I think the reason I’m not interested is because I just can’t imagine anything from it. So I’ve always read more factual books, because I find them more interesting.’

Liam jokes: ‘When I was younger people would ask “do you not find books interesting?” and you feel like a right uncultured swine, because you’re like “no I just don’t like reading books”.

‘Now I know why I don’t find them interesting. Obviously people imagine as they go along but I can only take the words at face value – I can’t imagine the world.

‘I tried reading Harry Potter but I just thought “this is a bloke with a stick.”’

After reading up on it, Liam learnt that aphantasia appears to be more common in people who do STEM subjects.

He adds: ‘It makes sense because arty people need to imagine things in their head, whereas if you can’t, you’re probably not very arty – which I’m not. I’m terrible at art.’

Simon Proctor, a 46 year-old web developer, recently discovered he had aphantasia after reading about it.

He tells Metro.co.uk: ‘I’ve always known I’m different from other people in the way I think and approach life but the aphantasia came as something of a shock.

‘I read an article a few months ago and it was the proverbial light bulb moment.

‘Up until that point I’d always thought phrases like “the mind’s eye” and “visualise such and such” were just artistic licence.

‘Finding out that people could actually see pictures in their head was a bit of a shock.’

Simon adds: ‘I’ve never been good at art or design but I’m very good at translating a visual design into code.’

While aphantasia doesn’t impact Simon’s work or day-to-day activities, he thinks it could have been helpful to know he had the condition from a young age.

He says: ‘All in all, it doesn’t feel like a loss, more like just another thing about me that’s a bit different than other people.

‘Knowing about it as a child might have helped me in a few lessons – but things were a lot different back then so probably not.

‘I have let my colleagues know as I find many people like to draw diagrams of things that I’m more likely to write about, so this can help people to understand.

‘Other than that it doesn’t have a massive impact on my day-to-day life.’