Home » Health News » A decade of dancing in the dark: No Lights No Lycra turns 10

A decade of dancing in the dark: No Lights No Lycra turns 10 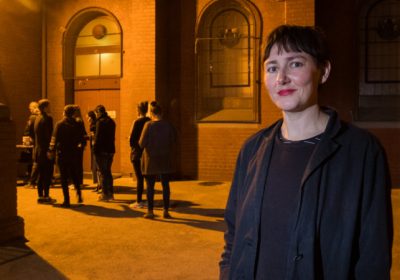 It began in a little yoga studio on a cold winter's night in Fitzroy. Alice Glenn and her then housemate, Heidi Barrett, hired the space, invited a group of friends, and turned out the lights for a private disco.

The next week, numbers had doubled. Word spread, and they doubled again, and again.

Ten years later, fitness phenomenon No Lights No Lycra has 75 locations worldwide, with groups from Brunswick to Brooklyn paying $5 to $10 once a week to dance like nobody is watching … because they really can't see much. 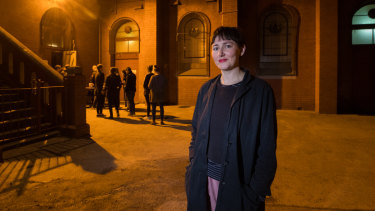 Alice Glenn looks on as dancers start to line up for a No Lights No Lycra session in East Brunwick. The low-visibility fitness craze is celebrating 10 years this weekend.Credit:Jason South

"We never wanted to create something big, we just wanted to have a place for us and some friends to dance," said Ms Glenn, now the organisation's director, adding that they estimate 30,000 people took part in one of their hour-long, low-light discos in 2018.

This weekend, they will celebrate their tenth birthday with 10 free discos across the country, including three family events with "fun lights" instead of no lights.

Despite the scale (they even have an app), Ms Glenn manages the whole operation part-time, with two part-time staff. Individual sessions are organised by No Lights No Lycra "ambassadors", who pay a $200 annual fee to license the name and an additional cut if they attract more than 30 people, allowing the more popular sessions (such as those in inner Melbourne and Sydney) to offset those in regional areas.

"We are being approached every week with new people who are wanting to start one in their town," Ms Glenn said, attributing the workout's popularity to its joyfulness.

"It's a really simple concept, but it works really well … To go to the gym three days a week, comparing yourself to other people in the mirror, can be a relatively confronting experience. But going to No Lights is a genuinely joyful experience."

While it is easy to dismiss a structured dance party as not a "proper" workout, survey research conducted by the University of Sydney's Faculty of Medicine and Health suggests fun forms of exercise can help to encourage people to live a healthy lifestyle who would not otherwise do physical activity.

Researchers spoke to 1190 participants at 52 No Lights No Lycra locations throughout Australia.

“The latest research in this area tells us that programs which are safe, flexible and enjoyable – like No Lights, No Lycra – are the most likely to attract these women and encourage physical activity.”

The next step for Ms Glenn is bringing the No Lights experience to a slightly younger demographic: a program for high school students launches in September.