85% of women say hormonal contraception has harmed their romantic relationships 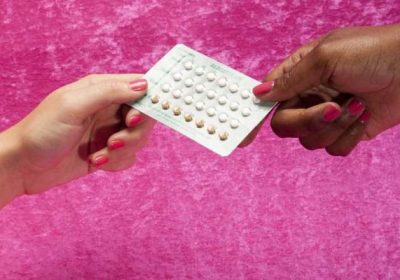 We know that hormonal contraception can have a lasting impact on our bodies, but what about our relationships?

The first time my period came after two years of taking the pill, I breathed a heavy sigh of relief. In that time, despite initially feeling good, I’d become anxious and increasingly on edge. I cried constantly and over the strangest of things, and this isolated me from my friends and put a strain on my relationship with my partner. After consulting my GP, I chose a clean break from hormonal contraception and took myself off it. Now, more than six years later, I’ve never looked back.

Sadly, it seems my experience of struggling – not just mentally, but socially – while taking the pill isn’t an unusual one. According to a new survey by Stowe Family Law into the effect of hormones on relationships, 85% of the 500 women polled shared the side effects experienced by hormonal contraception had affected their relationship or marriage.

Those surveyed listed mood swings, anxiety, mental or emotional exhaustion and a loss of sex drive (which 44% admitted to) as the key side effects, with 36% saying they experienced them daily.

Contraception without hormones: a gynaecologist breaks down everything you need to know

However, what made those physical changes even harder was the fact that nearly a quarter of those polled said that their partner didn’t understandthe physical and emotional struggles caused by their hormones. They felt alone and misunderstood, which only added to the growing distance.

Whether it’s partners not having the knowledge or resources to support them, a lack of physical intimacy or feeling like you’re no longer attracted to their partner, it’s clear that the pill, which is prescribed to nine in 10 women who receive contraception from a GP or pharmacy, is having a very real impact on our lives.

What happens when you come off the pill?

So what can be done about it?

We already know that the gender health gap is real. However, it’s important to change your contraception if it’s not right for you. There are lots of non-hormonal contraceptive options you can try, but it’s best to always consult your GP before making an major health changes.

You can find more information about women’s health, hormones and the menstrual cycle on the Strong Women Instagram.