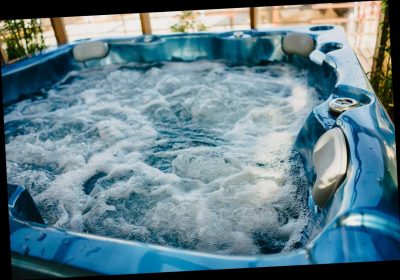 Four people have now died from a Legionnaires’ disease outbreak that has been traced back to a hot tub display at a North Carolina state fair.

As of Oct. 18, there are 141 confirmed cases of Legionnaires’ disease and four deaths that began at the NC Mountain State Fair, which was held between Sept. 6-15 in the western part of the state. Experts believe the disease, a potentially deadly form of pneumonia that spreads when people breathe in the bacteria from mist or water drippings, originated from a display of hot tubs in one section of the fair.

The North Carolina Department of Health and Human Services said Friday that they have tested six water samples from Davis Event Center, where the hot tubs were on display, and found that one of the samples was positive for Legionella pneumophila. However, they say that they did not collect the samples until 12 to 22 days after the fair ended, and the samples “might not represent conditions during the fair,” therefore, “testing is still ongoing.”

A previous report determined that the hot tubs were the common thread between each of the patients.

“Preliminary findings indicate that people who were diagnosed with Legionnaires’ disease were much more likely to have visited the Davis Event Center while at the fair and much more likely to report having walked by the hot tub displays compared to people who did not get sick,” the NCHHS said in a statement.

While the number of cases had been growing, the NCHHS said Friday that it has since plateaued.

Of the 141 cases of Legionnaires’ disease from this outbreak, 94 people have been hospitalized. The symptoms are similar to pneumonia — fever, shortness of breath, muscle aches — and is typically successfully treated with antibiotics, but according to the CDC, about 1 in 10 patients will die from the disease.