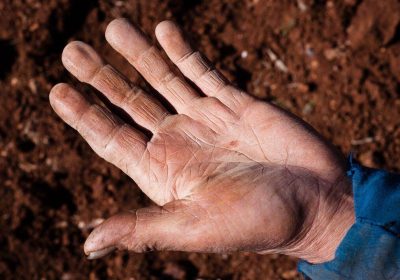 Liver disease affects a great portion of the population at varying degrees. The condition can be broken down into two types; alcoholic liver disease and non-alcoholic fatty liver disease, each presenting distinctive clinical differences. The fatty degeneration of liver cells occurs to a greater extent in NAFLD than in ALD, but both conditions share similar symptoms.

The liver is the body’s workhorse, converting food into fuel, processing fat from blood, clearing harmful toxins and making proteins that help the blood clot.

Any damage to organs, whether it be caused by alcohol or poor diet, will cause dire complications.

Some of the first signs to emerge are abdominal pain and swelling, dark urine and pale stools, as well as chronic fatigue.

But some reports describe other, more specific signs like spider veins or reddening of the palms.

These signs are described in one BMJ report of a 39-year-old man who misused alcohol for more than 10 years.

He was admitted to the hospital after his abdomen started to swell, having never previously visited a hospital for alcohol-related problems.

“On admission to our unit, he was markedly jaundiced […] Multiple spider nevi and palmar erythema were noted,” noted his doctors.

“He was clearly malnourished with marked loss of muscle mass, anthropometric measurements confirming a mid-arm circumference of 22 cm.”

Palmar erythema, sometimes dubbed liver palms, is a skin condition that makes the palms of the hands turn red.

The condition is relatively common during pregnancy, but can also reflect several different health conditions.

It is symmetrical, which means that it causes not one but both palms to turn red, usually in the lower part.

What’s more, the redness is blanchable, meaning that redness temporarily disappears when you press on the palms.

Sometimes, the palms of the hands feel warm to the touch, but the condition is not painful or itchy.

When the palms of the hands turn red it is the result of the capillaries dilating, which are tiny blood vessels.

Roughly 23 percent of patients presenting with liver cirrhosis – scarring of the liver – have palmar erythema, making it a significant warning sign.

The single most important manifestation of liver disease, however, is arguably jaundice.

“Physicians who do not usually see this condition may not be aware of the grave significance of jaundice in alcohol misusers,” noted the authors of the case study.

The patient’s abdominal distension was another important indicator of liver disease, as it indicated the presence of abdominal ascites.

This refers to the build-up of fluid in the space between the lining of the abdomen and internal organs.

With total abstinence from alcohol, the patient saw significant improvements in his liver function, which lasted until he resumed drinking again.

This caused the patient’s liver to deteriorate irreversibly, leading to his death three months after initial admission.