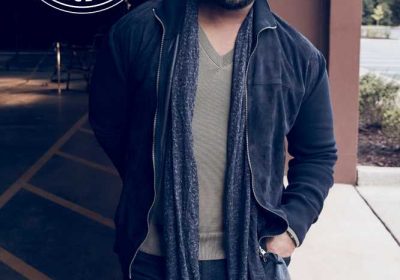 In an exclusive interview for his PEOPLE cover story this week, the 50-year-old filmmaker mogul opens up about how his son Aman Tyler, who turns 5 next month, “for sure” brings him the most joy in his life.

“Even the things that are driving me crazy,” he jokes of his only child, whom he shares with girlfriend Gelila Bekele. “I love once he goes to sleep, because he’s just at that age where he’s very curious about everything.”

“But no, it’s just joy,” he continues. “Just watching him learn and discover and yeah, it’s wonderful.”

Tyler Perry Opens Up About Healing from Sexual Abuse as a Child: “There Was a Lot of Anger”

Perry — who endured physical and sexual abuse as a child — says that a recent episode where he had to discipline his son was “one of the most difficult things I’ve had to do in his short four years of life.”

“I was in the other room writing and he had just given the nanny fits,” recalls the Madea creator. “He didn’t know I was there listening to him. He’s just going at her. … I get down to this level, eye to eye. We’re talking, we’re having a conversation. I’m saying how disappointed I was, how he shouldn’t behave that way.”

Tyler Perry on Why He Decided to Quit Playing Madea and Whether She’ll Return: “We’ll See”

Perry recalls the experience being “such a powerful moment for both of us,” praising his son for being his “healer through all of this.”

“When I think about my father, I’m trying to look at it now through the lens of this beautiful person that I’m raising, but it makes it harder because I wonder how could you be so cruel to something so pure, right?” he says.

“And [Aman] looks just like me, so I’m looking at myself in younger pictures,” Perry adds.

For more about Tyler Perry, pick up the latest issue of PEOPLE, on newsstands Friday.