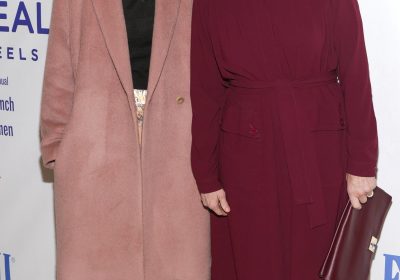 Big congratulations are in order for Meryl Streep — and her daughter Mamie Gummer!

The 69-year-old actress has become a grandmother for the first time as Gummer, 35, and fiancé Mehar Sethi have welcomed a baby boy, PEOPLE confirms.

A rep for Gummer confirmed to USA Today in December that the actress — who shared the screen with her famous mother in the 2015 film Ricki and the Flash and 2007’s Evening — and Sethi, a 36-year-old producer, were expecting their first child together.

Streep and her husband Don Gummer have four children together: daughters Mamie, Louisa, 27, and Grace, 32, as well as son Henry Wolfe, 33.

Although Streep has already raised four kids, while filming her role in Mary Poppins Returns, the actress had a bit of a mishap while giving the child thespians an acting lesson on set.

“We were in the middle of my big musical number, and I was showing off,” Streep previously told PEOPLE. “I told them, ‘The first thing they teach you in drama school is how to fall down.’ “

“So I marched across the room and pretended to trip and fell down,” she continued.

Unfortunately, the three-time Oscar winner hit the ground a little too realistically.

US Weekly was the first to report the birth.