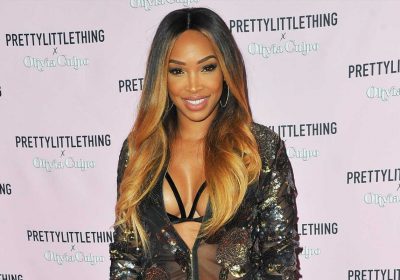 Malika Haqq is living proof that good things happen when you least expect it.

In episode 2 of her new series Side by Side with sister Khadijah Haqq McCray, Malika, 36, revealed that on her 35th birthday last March she decided to freeze her eggs as a gift to herself.

Flash forward to this year, Haqq is expecting her first child — a baby boy — however, she didn’t use her frozen eggs.

“The reason why I was so excited to learn that I was pregnant was because I knew that my life was going to change for the better, the greatest blessing that I’ve always wanted but didn’t know I was going to get, is finally here,” Malika said, tearing up.

“I didn’t know when I was going to have children, so deciding to freeze my eggs as a gift to myself on my 35th birthday was pretty hilarious now at this point because I have eggs in the freezer I may never use,” Malika said adding, “I made a baby in love and those eggs weren’t necessary.”

“It’s funny how you plan and then life happens,” Malika said.

Making her pregnancy all the more special, Malika found out she is expecting exactly one year after she decided to freeze her eggs.

“Can’t get that freezer money back,” Malika said while laughing.

Last week, Malika announced that she will soon be a mommy to a little boy.

The Keeping Up with the Kardashians star revealed the sex of her first child on the way in a sponsored Instagram post Friday, where she showed off her baby bump while posing alongside a bottle of Bio-Oil.

In the shot, the mother-to-be sports a wet-hair look as she gazes at the camera from a kneeling position, wearing an off-the-shoulder navy ensemble that bares her belly.

“It’s A Boy!!! 👶🏽 I’m thankful to my baby boy and @BioOilUSA for my pregnancy glow. #BioOilPartner 🧡,” Malika began in her caption.

“I’ve used this oil for over 10 years to lessen the appearance of scars, stretch marks and for instant moisture. I wouldn’t dare go this pregnancy without it. #LoveYourMarks,” she added.

Malika first confirmed her pregnancy to PEOPLE in September, calling the news “a little bit surprising” but noting that she was “overjoyed” to become a mother in March.

As for her baby’s father, “I’m leaving him out of this, just for now,” the Good American model said, adding that she will “absolutely” address his identity and explaining, “My baby was made in love and that is something that will unfold at a later date.”