Kim Kardashian and Kanye West Have 'Help' But Are 'Very Hands-On' with Newborn Son: Source 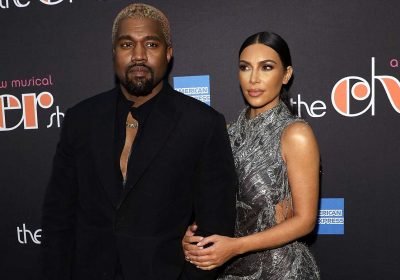 Kanye and Kim Kardashian West definitely have their hands full with four kids, but they’re not complaining.

A source reveals to PEOPLE that the superstar spouses and their three older children — son Saint, 3, plus daughters Chicago, 16 months, and North, 6 next month — “are all adjusting to having a newborn again, but so far, so good” after the arrival of a new baby boy last week, via surrogate.

“Kim has help, but is very hands on too. She and Kanye have both been up at night with the baby,” the insider explains of the reality star, 38, and rapper, 41. “He is still small and on a strict feeding schedule. They have to wake him up to feed him.”

And Kardashian West “focuses on the other kids” when her new son is asleep during the day, as she is taking time with her family and has eliminated career obligations for now.

“She knows they all need special, quality time with her,” says the source. “Kim hasn’t been working at all and is only focusing on her family right now.”

The reality star and lawyer hopeful followed up with a second tweet that read, “He’s also Chicago’s twin lol I’m sure he will change a lot but now he looks just like her ✨”

A source previously revealed to PEOPLE that following the birth of their son last week, the spouses “have really found a way to parent as a team,” with “everything falling into place for them.”

The insider added that while they’ve waited quite a while to become a family of four, “There were definitely points where Kim was nervous — four kids is a lot!”

“But she’s so happy and loves seeing all the kids interacting,” the source shared of Kardashian West. “Kanye is so happy to have a big family.”

The insider also shared with PEOPLE that the Yeezy and KKW Beauty moguls have figured out a successful method of balancing their work schedules with parenting their little ones.

“When Kim is working out, Kanye is with the kids and vice versa,” said the source. “[Kanye is] very close with North in particular. And whenever he isn’t traveling or in the studio, he likes to do school drop-offs.”

The couple have yet to reveal the name of their newest addition.

On Monday, a source told PEOPLE that the Keeping Up with the Kardashians star “had a beautiful Mother’s Day weekend with her newborn and older kids” after announcing the birth of her new son on Friday.

“She didn’t seem stressed out at all,” the insider revealed. “Before the baby was born, she was freaking out for weeks because she felt they weren’t ready for him. But the second he was born, Kim was just focused on how happy she is that her baby boy is here.”

As someone who undoubtedly has a usually hectic schedule between being a mom, filming KUWTK, promoting her beauty line and more, Kardashian West is taking downtime at the moment to get acquainted with her bundle of joy.

“She has a bit of a lighter schedule right now so she can bond with her baby,” the source explained to PEOPLE. “She seems very happy. And Kanye loves the energy of having a newborn. A new baby to love and get to know is so special for the whole family.”