Home » Family Health » How Kristen Bell and Dax Shepard Teach Their Young Daughters the Truth: 'We Don't Dumb It Down'

How Kristen Bell and Dax Shepard Teach Their Young Daughters the Truth: 'We Don't Dumb It Down' 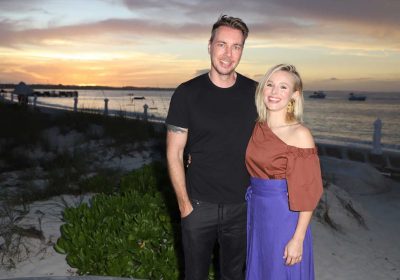 When it comes to raising their two daughters — Delta, 4½, and Lincoln, 6½ — no subject is off-limits for Kristen Bell and Dax Shepard.

“We just pretty much tell them anything if they ask us. We don’t dumb it down,” Shepard, 44, tells PEOPLE. “If Kristen and I are known publicly for any aspect of parenting, it’s that.”

Their truthful parenting style inspired the famous couple to create a commercial with plant-based food company Lightlife, which pokes fun at their characteristic honesty.

When his daughter asked where babies come from, Shepard gave her a “very clinical sex talk.” As Bell, 39, tells PEOPLE, “Truly, halfway through the second sentence, she got bored and walked outside.”

Kristen Bell Shares Her Most Helpful Parenting Tip (You Only Need One Finger to Implement It!)

Never ones to shy away from serious topics, their children have also asked about death.

“We give them the real answer, and there’s always some trepidation or anxiety when that’s happening. Like, ‘Am I going to die?’ ‘Yes, you’re going to die, but it’s going to be in a hundred years,’ ” explains the actor and Armchair Expert podcast co-host.

Bell adds that they both knew the question wasn’t an easy one to answer, but that they needed to tell their girls the truth. “That’s obviously the most terrifying one,” she says. “You don’t want to make them feel insecure or scared, but at the same time I don’t want to be dishonest with her.”

“So we said yes, and she cried for about 30 seconds,” The Good Place star explains of Lincoln’s reaction. “And then she was fine and she’s never questioned it again.”

So when Lincoln’s grandpa died, “She handled it so well,” Bell tells PEOPLE. On a trip to Oregon for the funeral, her daughter asked Bell if he would be buried.

“I said yes, because she knows about cremation. And she said, ‘Should I bring my shovel?’ ” she remembers. “I said, ‘You actually can’t, the police officers won’t let you bury someone in your yard. You have to take them to a graveyard, and we won’t be responsible for digging the holes.’ But I was oddly proud of how practical she was about it.”

Shepard and Bell have been candid about conversations they have with their daughters before, sharing that Delta and Lincoln know Santa Claus and the Easter Bunny are fictional creations.

“We’ve just kind of chosen the path where we don’t lie to them, but there are certain topics we’ll be sensitive around,” Shepard says.