Home » Family Health » How Busy Philipps Talks About Her Fame with Her Daughter Birdie, 10: 'It's a Positive Thing'

How Busy Philipps Talks About Her Fame with Her Daughter Birdie, 10: 'It's a Positive Thing' 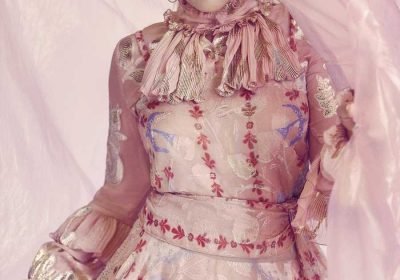 It’s not easy being a parent — especially when your kids feel they have to share you with the whole world.

In a new cover story for Michigan Avenue, actress, author and mother of two Busy Philipps opens up about how she handles her level of fame when it comes to her daughters Cricket Pearl, 6 next month, and Birdie Leigh, 10.

“I took the girls to Disneyland yesterday for Mother’s Day, and Birdie, my daughter, got freaked out because the difference even since the last time we were there [was so dramatic],” says Philipps, who turns 40 next week.

“People were taking pictures of us and [calling out] at me, and it was weirdly overwhelming and not truly a thing that I feel like I want or even signed up for,” she adds.

But instead of treating the attention as a nuisance in front of her girls, the Busy Tonight host encourages Birdie to understand and appreciate the great parts about it.

“I was like, ‘I know it’s tough for you to have to share your mom with everybody, and that people think they know you and your sister and your dad — but at some point I think you’ll understand better that it’s a positive thing that people feel towards me,’ ” she says. ” ‘It’s not negative and it shouldn’t be scary.’ “

While Busy Tonight aired its last episode on E! last month, Philipps — who has also risen up the it-girl ranks as a kind of Instagram Stories pro — recalls her work on the talk show as “an extension of what I first tapped into in the Instagram stories — that it’s a way to connect to an audience that was being underserved or overlooked and who weren’t feeling seen or heard in the media that was being given to them.”

“It doesn’t have to hit you overhead or be in your face — messaging can be subversive and you can put ideas into the world that need to be in the mainstream,” says the author of This Will Only Hurt a Little.

“The only reason I wanted to do a talk show was that I clearly saw a disparity in that women weren’t given a voice in late-night television,” Philipps adds. “I think it’s important for all types of voices to be heard in as many different ways as possible.”