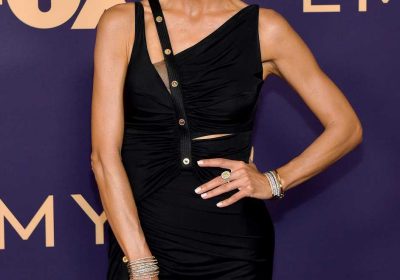 Giuliana Rancic is looking to expand her family again.

In a lengthy Instagram post on Wednesday, Giuliana, 45, announced that her hosting gig on E! News would be taking a backseat in the coming year as the show moves to New York City.

The television personality, who has been candid about her struggle with infertility, explained that her tough decision was based on what’s best for herself, her businesses and her family, which she said she was “hoping to grow soon.”

“Returning to E! News this last year was an incredible homecoming. As the show moves to NYC in January, many of you have asked if I will be returning full-time,” she captioned a photo of herself and her son Duke, 7, standing in a doorway.

“I wanted to let you hear firsthand that I’ve decided I won’t be able to make this big move at this time,” she continued. “I love E! News but what’s best for my family, as well as my current schedule, just won’t allow for the commitment a daily show takes.”

RELATED: Giuliana and Bill Rancic Give ‘Inquisitive’ Son Duke Scavenger Hunts in Every City They Visit

“As you may know, I lead several businesses…my clothing line G by Giuliana, Fountain of Truth skincare, and my role at RPM Restaurant Group, which is about to open its sixth location, keep me very active,” she went on. “In order to properly serve these and my other endeavors, flexibility is paramount. And nothing is more important than spending time with my family, which we are hoping to grow soon.”

Although she would be taking a step back from E! News, Giuliana reassured her fans that she would still remain involved with the network.

“That said, I will of course continue hosting Live from the Red Carpet and promise to pop into E! News from time to time 🥰” she wrote. “I adore and appreciate the great folks at E! for continuing to be incredible partners and understanding my decision and I appreciate YOU ALL for always being so supportive and kind ❤️”

“Love you all and I will see you next month at the E! People’s Choice Awards ✨” Giuliana added.

Giuliana and her husband Bill Rancic welcomed their son via surrogate in 2012. After Duke was born, the Rancics had three remaining embryos. Two were successfully implanted in their surrogate in 2014; she miscarried weeks later.

Then in December 2014, Giuliana and Bill learned that their surrogate — who was pregnant with their third and last remaining embryo — had miscarried again.

“It was painful,” Giuliana previously told PEOPLE of the loss. “We were so optimistic with this last embryo. We thought, ‘This is definitely going to work. This is our last shot.'”

Giuliana, who was unable to get pregnant at the time due to the cancer-suppressing medication she was on following her 2011 breast cancer diagnosis and subsequent double mastectomy, said she was still hopeful to one day grow their family.

“We’re open to everything,” she explained. “I think adoption is a beautiful gift you’re giving each other. And it’s funny, I’m even more open to [adoption] than I was before. Because I think to myself, ‘I love Duke so much, if I couldn’t take care of him, I hope there would be someone else who would love him.’”

Giuliana’s decision to focus on her family comes after the TV personality famously took some time away from her hosting job in 2015 to focus on Bill and Duke.

“You know, never an easy decision, right? Especially when you love your career,” she admitted on an episode of The View in April 2018. “But I had to do it. My priorities were a little out of whack for a while there. I was just working so much and if anyone knows my story, we struggled to have a child. We went through infertility, and it was a long process.”

“Put the focus on family, have the career still going, handle as much as I can — you know, just shift it a little bit. But make family the priority. That’s the most important thing in the world,” Giuliana added.