Home » Family Health » Eva Longoria's Son Santiago, 10 Months, Is with Her 'All of the Time,' in 'Everything That I Do'

Eva Longoria's Son Santiago, 10 Months, Is with Her 'All of the Time,' in 'Everything That I Do' 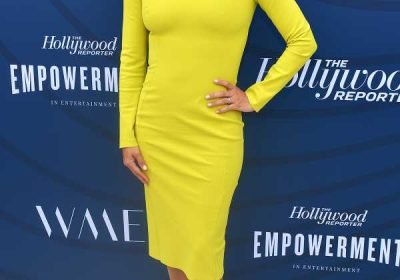 Eva Longoria‘s son Santiago Enrique may only be 10 months old, but he’s already a power player in Hollywood due in large part to the fact that his working mom — an actress, director and producer — rarely leaves the house unless accompanied by her mini-me.

“He is with me all of the time!” Longoria, 44, told PEOPLE of her baby boy. “If you follow me on Instagram, you will see that he is on set with me, that he’s in meetings with me. He’s always with me.”

The multi-faceted artist was at Milk Studios this week attending the THR Empowerment in Entertainment Gala, and was quick to point out, even as a newly minted mother, that while she wholly embraced the spirit of the afternoon’s fête for icon Oprah Winfrey, she was also humbled by her latest (and most important) role.

“I have a photo shoot right after this and he’s with me in the photo shoot,” Longoria said. “It’s incorporating him in my life and everything that I do. I think women do it all the time, every day.”

“I am not special,” the actress added. “Women balance work and family all the time, and I am just one of those many women.”

The guest of honor — Winfrey, 65, who was to receive the inaugural award that would later be named after her in her honor — arrived shortly thereafter, flanked by friends and Hollywood heavyweights Selena Gomez, Alicia Keys and Maria Shriver.

Songstress Ciara started the luncheon with opening remarks and was followed by Kumail Nanjiani, who addressed Oprah by joking, “You have won so many awards that we have to invent new awards now. That is how much we love you, because you are still awesome and we have run out of awards.”

“[Oprah],” added Nanjiani, 41, as Winfrey wiped away tears of laughter, “you are the closest thing that we have to royalty. Last time we met, I don’t know if you remember, but you touched my face and I could hear angels singing in my left ear. I haven’t even let my wife touch my face since then.”

Keys, 38, later took the stage, dancing to her own song “No One," and addressed her dear friend and collaborator.

“When I was starting out in this business,” she said with a knowing smile, “I would always think about how I would like to walk into a room, and I’m gonna be honest: I kinda always wanted to walk like Oprah.”