Home » Family Health » 'Did You Clean Your Room Yet?' Celebrity Parents Who Have No Shame Trolling Their Kids on Instagram

'Did You Clean Your Room Yet?' Celebrity Parents Who Have No Shame Trolling Their Kids on Instagram 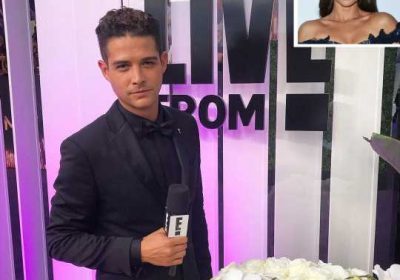 Who knew these celeb parents were so savage?

Hyland was super embarrassed when her mom left a comment on her fiancé, Wells Adams’ Instagram. Mother-in-laws can troll, too, you know!

“You look hot…” Hyland’s mom commented on a photo of Adams at the Emmy Awards.

Hyland’s response? We all know it too well: “MOTHER.”

When it comes to trolling their kids on Instagram, Mann and her husband Judd Apatow are the parents to beat.

Mann commented on this photo of her daughters, Iris and Maude, kindly informing Iris that her “under eye concealer [is] too light.” Iris replied, “A text would’ve been nice.” You can practically see Iris rolling her eyes, concealer mishap or not.

Hannah B. may be old enough to decide what she does (four times!) in a windmill, but that doesn’t mean that her mama doesn’t know best. In a since deleted Instagram post, Sue posted a photo of Luke P. with the caption, “In the bag!!! You would not have made it pass [sic] me you are a [sic] A–!!!” Hannah quickly spotted Mama B.’s post and commented, “Mother. Delete. And never use social media again. I love you though (and you’re right).”

A nearly naked photo on Instagram is sure to set off any mom alarms. That’s exactly what happened when Ireland Baldwin posted a racy photo of the late actress Romy Schneider, who, in the photo, could easily be confused as Baldwin herself.

Ireland quickly responded by writing, “this isn’t me!!!!” which hopefully allowed mom to breathe a sigh of relief.

Leave it to Dad to remind his kids they’d be nothing without him. When his eldest daughter Katie proudly shared a “portrait” of herself drawn by her younger sister Jane, Kimmel chimed in with “You both once lived in my balls.” Awww.

After Ripa posted a “prom” photo with husband Mark Consuelos, the couple’s teen daughter, Lola, warned the Live with Kelly and Ryan star that the new pic probably wouldn’t garner as many “likes” as her own prom photo. Ripa’s A+ comeback: “Did you clean your room yet?“

Brooklyn Beckham went “live” on Instagram to connect with fans, only for Dad to point out a very important fact: “U should be at school.” Dad knows best, Brooklyn.

To celebrate son Jaden Smith’s music hitting 100 million streams on Spotify, the Bright actor starred in a parody of the video for the 20-year-old’s single “Icon,” which he posted on Instagram. The track is the first single off of Jaden’s album Syre, which came out November 2017.

Jaden actually loved the trolling from his proud father, commenting on the video, “Dad this is the funniest thing I’ve ever seen in my life you’re the best father anyone could ask for thank you for allowing me to express myself even when I take it too far sometimes I love you more than you will ever know because you taught me how to love.” Aww.

Madonna and her ex Guy Ritchie went with back-to-back comments on their teenage son Rocco’s Instagram. The photo in question? This very dapper pic of him wearing suspenders.

“Who the f— taught that boy how to dress?” asked Ritchie, with the legendary songstress playfully responding, “I’m pretty sure I did!!”

Watching your little girl become a young woman is difficult — especially when you’re following her on Instagram. Ireland Baldwin recently posted a sexy shot from her modeling shoot and Dad wasn’t afraid to share how he truly felt about the whole thing: “Oy veh.” He followed up a few weeks later on an even sexier shoot with the comment “No. Just … no.”

Barbra Streisand is both a legendary diva and a stereotypical helicopter mom, begging stepson Josh Brolin to show his pearly whites in pictures. “Show me your teeth!” the award-winning performer commented on one of the actor’s selfies.

Apatow is a brave soul. He has no problem posting embarrassing pictures of daughters Iris and Maude however often he pleases. “I love this photo. Set your timers for how long it will take until Maude or Iris demands I take it down,” he wrote, captioning a very candid photo of the sisters.

Maude was quick to reply, “TAKE IT DOWN WTF.”

Okay, so she may not be old enough to run her own Instagram account, but Alexis Olympia — daughter of Serena Williams and Ohanian — might be the most active celebrity baby on the platform. A photo of the couple’s daughter on a tennis field was recently posted, prompting the Reddit co-founder to give his two cents. “Olympia, I’ve been looking for you … you’re still too young to play doubles with mum,” he playfully commented.

The Rolling Stones frontman is the epitome of cool to fans everywhere, but to his eight kids, he’s still just Dad. Peek at his Instagram comments for proof: One of his most notable cameos remains his “Watch out for the water” comment on son Lucas’ Instagram at the beach. Classic dad.

This mother-son interaction might have taken place on Twitter, but it’s still very much a moment reminiscent of our own conversations with Mom. Seth Rogen wished Sandy and “the creator of the best damn tweets” a Happy Mother’s Day and Sandy shot back with the realest tweet: “It would be nice if you called,” complete with heart emojis. Pinky up.