An Emotional Selma Blair Talks The Side Effects Of ‘Multiple Sclerosis’ 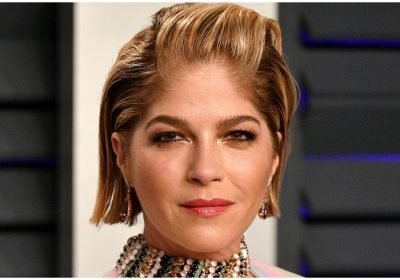 American actress Selma Blair has been honest about her experience of living with Multiple Sclerosis (MS) ever since she first revealed being diagnosed with the enfeebling neurologic disease. Despite struggling with a challenging health condition like that, Selma has been contributing to spreading awareness about it by sharing her own experiences.

The Hellboy star is currently facing another symptom that appears as a result of MS – hair loss. In her case, it’s the eyelashes that are falling out. While the symptom is not something that emerges because of MS, it may be an effect of the medications that are used during the treatment of this condition.

Earlier, it started with her right eye and gradually her eyelashes from the left side began to fall too. There is no denying that it’s a tough situation for anyone to face but regardless of that, the actress chose to share the life update with the world. In the recent past too, Selma had been open about the instances when she had difficulties due to the disease. Be it using a walking stick at the Oscars After Party or dealing with trouble while doing simple things like makeup, she has never kept it hidden.

So far, whatever she has been doing has turned impactful as many people who could relate to her situation came forward on social media to express their support. Some of them even spoke their heart out about how devastating it feels to live with MS.

Currently, the number of people that suffer from this chronic disease is around 2.3 million. By sharing the several rises and falls that are accompanied by this grueling health condition, Selma is doing her bit in making others realize that they are not the only ones who are fighting with MS every day. Well, for that effort, she surely deserves a salute!