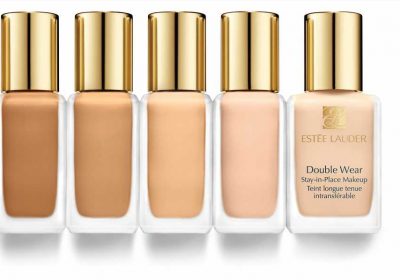 In spite of the beauty market’s downturn, the U.S. may still be one of the best countries for buying beauty, a new study shows.

In a report from Cosmetify titled “The Cost of Beauty Around the World,” the U.S. was ranked second on the list of most affordable countries for beauty. The report, which was assembled by comparing online beauty prices for 50 countries, tracked five products deemed “iconic” by the data provider, such as Chanel No. 5, MAC Cosmetics Retro Matte Lipstick, Estée Lauder Double-Wear Stay-in-Place Makeup SPF10, Anastasia Beverly Hills Dipbrow Pomade and Nars Sheer Glow Foundation. The provider then converted prices to GBP.

By contrast, the priciest market was China, where the total cost of the products came in at 316.34 pounds. The other four most expensive markets were Thailand at 300.68 pounds, Taiwan at 290.26 pounds, the United Arab Emirates at 267.54 pounds and Denmark at 261.07 pounds.

The report further breaks out the prices of each product per country. Chanel No. 5 Eau de Parfum is cheapest in Canada, where it costs 100.92 pounds, and most expensive in China, where it costs 174.34 pounds. MAC Cosmetics Retro Matte Lipstick is the least expensive in Turkey at 11.18 pounds, whereas its highest price point is 22.12 pounds in Thailand. Estée Lauder Double Wear Stay-in-Place Makeup SPF10 is most affordable in Canada at 30.51 pounds, as compared to the 52.70 pounds it is sold for in Taiwan. Anastasia Beverly Hills‘ Dipbrow Pomade is at its cheapest in Mexico and the U.S. at 16 pounds, in contrast to 24.27 pounds in the Netherlands. Nars Sheer Glow Foundation’s lowest price is in Malaysia at 33.31 pounds, and it’s most costly in China at 56.20 pounds.

For more from WWD.com, see:

Dennis McEniry to Retire From Estée Lauder Cos. Inc.