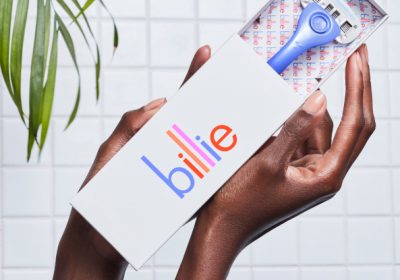 Procter & Gamble’s acquisition of women’s shaving and personal-care brand Billie has been canceled.

The move comes after the Federal Trade Commission filed a suit to block the acquisition in December, saying that the deal would “eliminate growing competition that benefits consumers.”

Earlier in 2020, the FTC sued to block Edgewell Personal Care’s proposed $1.37 billion acquisition of Harry’s for similar reasons. That deal was also pulled.

P&G and Billie issued a joint statement that said: “We were disappointed by the FTC’s decision and maintain there was exciting potential in combining Billie with P&G to better serve more consumers around the world. However, after due consideration, we have mutually agreed that it is in both companies’ best interests not to engage in a prolonged legal challenge, but instead to terminate our agreement and refocus our resources on other business priorities.”

Over the past several years, the P&G grooming segment has taken a hit as newcomers like Dollar Shave Club, now owned by Unilever, and Harry’s gained market share. P&G’s grooming segment has shrunk by about $1.3 billion since fiscal 2015, Securities and Exchange Commission filings show.

Start-ups, including Dollar Shave and Harry’s, as well as Bevel, which P&G bought in 2018, thought through products, pricing and marketing differently for men’s products.

“Billie saw an opportunity to challenge P&G’s position as the market leader by finding underserved, price- and quality-conscious customers, and building an innovative brand,” said Ian Conner, director of the FTC’s Bureau of Competition, in December. “As its sales grew, Billie was likely to expand into brick-and-mortar stores, posing a serious threat to P&G. If P&G can snuff out Billie’s rapid competitive growth, consumers will likely face higher prices.”

For more from WWD.com, see:

The Ordinary’s China Distributor, SuperOrdinary, Gets Investment From ACG