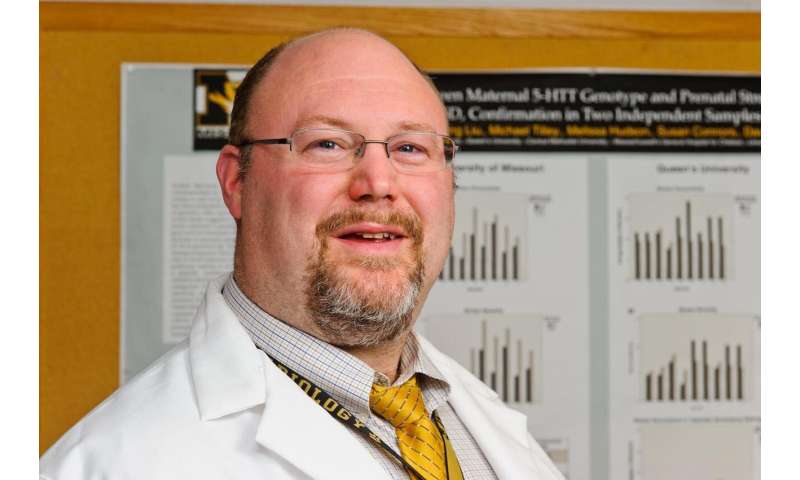 Drugs known as “beta-blockers” have been used since the 1960s as a low-cost, safe and effective means to lower heart rate and control blood pressure. But now researchers from the University of Missouri School of Medicine and the MU Thompson Center for Autism and Neurodevelopmental Disorders have discovered a version of the drug known as propranolol could provide cognitive and social benefits for those living with autism spectrum disorder.

One in 59 children in the United States has been diagnosed with a form of autism spectrum disorder, according to the Centers for Disease Control and Prevention. The signs of autism begin in early childhood and can affect individuals differently. However, many with autism share similar symptoms, including difficulties with social communication. That is the core symptom researchers targeted with a pilot study to look at how this drug affected processing of language in the brain.

“Propranolol is used for test anxiety and performance anxiety, so we suspected it might help with social anxiety,” said supervising investigator David Beversdorf, MD, professor of radiology, neurology and psychology at the MU School of Medicine and the Thompson Center. “I’d been studying its cognitive advantages and found some interesting benefits in language areas that prove difficult for those with autism. That’s why we started this imaging study to understand its effects, and we’re finding benefits involving both language and social interaction in single dose pilot studies.”

The study involved 13 individuals with autism spectrum disorder and 13 without the disorder. They had a mean age of 22.5 years-old. Each participant completed three MRI brain-imaging sessions after taking either a placebo, the beta-blocker propranolol or the beta-blocker nadolol—which is similar to propranolol except that it does not cross the vascular barrier into the brain—before being asked to name as many items as possible that belonged in a particular word category during the MRI screening. Led by John Hegarty, Ph.D., who completed this work as part of his doctorate in the Interdisciplinary Neuroscience Program at University of Missouri, Beversdorf’s team discovered in the autism group that propranolol improved performance compared to placebo on the word generation test, and the MRI results revealed the drug altered regions of the brain associated with word processing and improved specific task information processing.

“One of the interesting things we found in the autism group was the excessive connectivity in the frontal parietal control network—which affects how your brain allocates resources to other regions—became more similar to the levels of the non-autism group once propranolol was introduced,” Beversdorf said. “It’s an indicator as to why this drug may prove helpful.”

Beversdorf’s team is already working on a larger study involving propranolol. They’ve secured a federal grant from the Department of Defense (DOD) to examine the benefits of the drug on a larger and younger population of autism patients. Treating autism is challenging because of the many subtypes and factors that contribute to the disorder, so this study will monitor factors that might predict who will respond best to the drug.