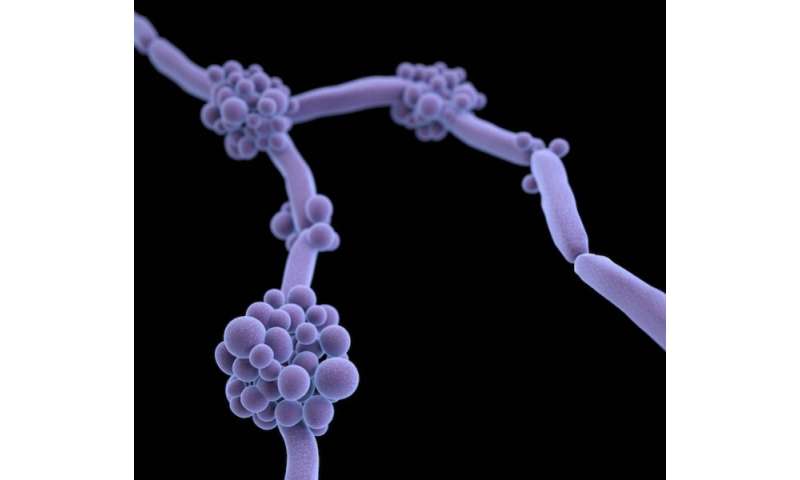 Global warming may have played a pivotal role in the emergence of Candida auris, according to a new study published in mBio, an open-access journal of the American Society for Microbiology. C. auris, which is often multi-drug resistant and is a serious public health threat, may be the first example of a new fungal disease emerging from climate change.

“The argument that we are making based on comparison to other close relative fungi is that as the climate has gotten warmer, some of these organisms, including Candida auris, have adapted to the higher temperature, and as they adapt, they break through human’s protective temperatures,” said Arturo Casadevall, MD, Ph.D., Chair, Molecular Microbiology and Immunology, Johns Hopkins Bloomberg School of Public Health, Baltimore, Maryland. “Global warming may lead to new fungal diseases that we don’t even know about right now.”

C. auris emerged independently on three continents simultaneously, with each clade being genetically distinct. “What is unusual about Candida auris is that it appeared in three different continents at the same time, and the isolates from India, South Africa, and South America are not related. Something happened to allow this organism to bubble up and cause disease. We began to look into the possibility that it could be climate change,” said Dr. Casadevall. “The reasons that fungal infections are so rare in humans is that most of the fungi in the environment cannot grow at the temperatures or our body.” Mammalian resistance to invasive fungal diseases results from a combination of high basal temperatures that create a thermal restriction zone and advanced host defense mechanisms in the form of adaptive and innate immunity.

“What this study suggests is this is the beginning of fungi adapting to higher temperatures, and we are going to have more and more problems as the century goes on,” said Dr. Casadevall. “Global warming will lead to selection of fungal lineages that are more thermally tolerant, such that they can breach the mammalian thermal restriction zone.”