B cells gone bad could be the culprit in rheumatoid arthritis 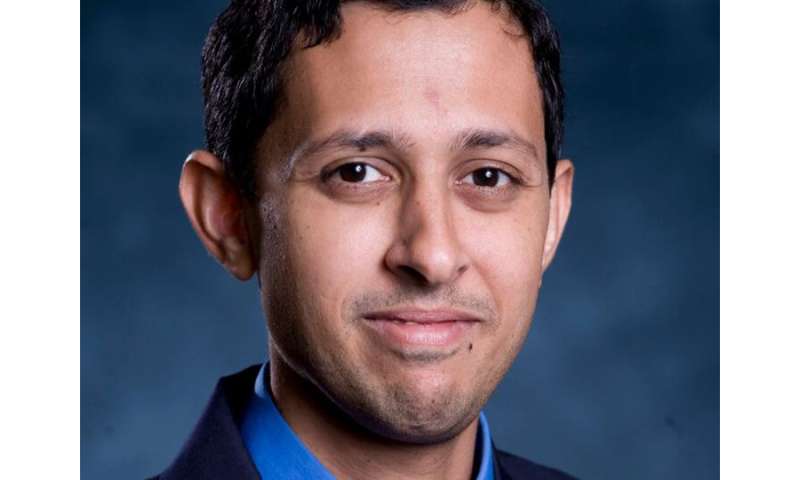 Biomolecular researcher Navin Varadarajan has published in Arthritis & Rheumatology journal a first-of-its-kind study—a comprehensive profile of B cells in rheumatoid arthritis (RA). B cells are lymphocytes, or white blood cells, that make protein antibodies that attack a patient’s healthy proteins in patients with RA.

“To the best of our knowledge, this is the first study to conduct whole transcriptome profiling of antigen-specific B cells in any human autoimmune disorder,” said Varadarajan, whose results portray B cells not merely as autoantibody producers, but also as a source of diverse molecules that can influence proliferation, differentiation and activation of other pathogenic cell types.

“We anticipate that these data will serve as a foundational data set for investigating multiple hypotheses on the roles of B cells in RA and other autoimmune disorders, and will enable drug discovery,” said Varadarajan.

B Cells, good and bad

For every new pathogen encountered, a small subset of B cells activates to make an antibody that specifically recognizes that particular pathogenic protein. Every person has between 10-100 million unique B cells, each capable of making its own antibody. While antibodies are the natural way the body fights infections, in the autoimmune RA, these antibodies—that are supposed to fight foreign invaders—attack the body’s own proteins and are thus called autoantibodies.

“We wanted to understand if there’s anything special about this class of white bloods cells, the autoreactive B cells that make autoantibodies, that would make them fight against healthy proteins,” said Varadarajan.

Fewer than one in 1,000 B cells are autoreactive, so to find which one is the culprit, Varadarajan’s postdoctoral researcher Ankit Mahendra designed a method to reliably identify and isolate the population, then used RNA sequencing to study all of the RNA being made by each cell.

A number of pathways associated with inflammation and protein modification, known to be amplified in rheumatoid arthritis, were found. At the molecular level, the team found two specific differences in the B cells of RA patients—the inclusion of the protein interleukin 15 receptor subunit alpha (IL-15Rα) and a high amount of the amphiregulin molecule, which can signal adjacent cells. Each was validated at the protein level in independent cohorts of RA patients and prioritized for further studies.

Autoreactive B cells, and they alone, have the protein IL-15Rα.

“We think that protein allows them to become bad actors,” said Varadarajan. “People have been targeting this pathway for quite some time. This now sheds new light on these bad guys in the progression of this disease and how to target it.”

The team is the first to show that B cells make amphiregulin. Amphiregulin sits in a well-studied pathway, the epidermal growth factor receptor pathway (EGFR), and so the next step will be to determine if inhibiting the pathway impacts the B cells.

Varadarajan’s team also published a list of FDA-approved drugs, such as Xeljanz (tofacitinib), that target various pathways of the B cells, though they aren’t specifically approved for that purpose.